Martin Hanzal is a Czech professional Ice-hockey player who plays in the National Hockey League (NHL). As of 2019, Martin Hanzal currently plays for the Dallas Stars as their Center. Martin Hanzal has played for other teams like Arizona Coyotes and Minnesota Wild.

Hanzal reportedly earns around $4,750,000 as his yearly salary from Dallas Stars. Further, he has an estimated net worth of over $15 million. Reportedly, he is married to his wife, Lenka Hanzalová and shares 2 children with her.

Martin Hanzal Net Worth and Salary

Exploring his personal life, he is a married man and currently, he is enjoying his marital relationship with Lenka Hanzalová. Additionally, the couple shares a 5 years old son named Martin Hanzel jr. and 2 1/2-year-old daughter Natalie. Further, the details about his marriage are still behind the curtains. 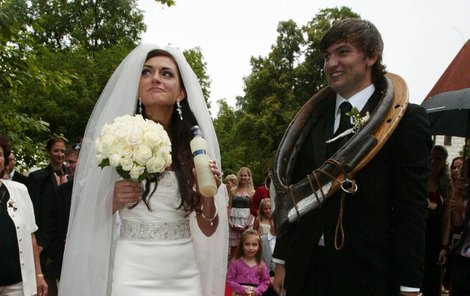 Further, the couple is enjoying a smooth relationship with no rumors of divorce or separation in recent time. Additionally, there aren't any rumors about his extra-marital affairs, past relationships, and girlfriend in the media.

In one of his interview, he said: " being away from this family was by far the toughest part of the past month." So with the statement, we can conclude that he has a strong bond with his family. Further, his wife and children frequently watch him play in the hockey arena.

Talking about his body measurement, the Famous NHL star is 6 ft 6 in (198 cm) in height and weighs around 103.

Martin Hanzal was born on 20 February 1987, in Ceské Budejovice, Czechoslovakia to Eva Hanzalová (Mother). As per his nationality, he is Czech and belongs to the White ethnic group. Further, his star sign is Pisces.

He was drafted by the Arizona Coyotes in the 2005 NHL Entry Draft's first round, 17th overall. Hanzal made his professional debut in the 2007-2008 season with the Coyotes. He finished the season with eight goals and 35 points, putting him in sixth place in the team scoring.

On April 12, 2012, Hanzal scored the game-winning goal in overtime against the Chicago Blackhawks in the Western Conference quarterfinals of the 2012 Stanley Cup playoffs, giving the Coyotes a 3-2 victory and a 1-0 lead in the series. His goal came from a redirected shot of teammate Adrian Aucoin against Blackhawks goaltender Corey Crawford.

Later, he was traded to Minnesota Wild along with Ryan White on February 26, 2017. Hanzal signed a three-year, $14.25 million contract with the Dallas Stars as the first free agent on July 1, 2017.

Currently, he is playing along with his star team-mates such as Esa Lindell, Miro Heiskanen and many more.