Martin Boyle is a professional football player who was born in Aberdeen, Scotland. He holds dual nationality of Scottish and Australian as his father was born in Sydney. So, Boyle has played for the U16 Scottish team, and now, he plays for the national football team of Australia.

Besides, Boyle has been playing for Hibernian in the Scottish Premiership since August 7, 2022. Boyle's main position is a forward, and currently, he is wearing jersey number 77. Before joining his current team, Boyle represented other clubs, including Lewis United and Montrose, in his early career.

Boyle has been playing football professionally for a long time, and he has preserved a decent fortune. According to some online sources, Boyle is estimated to have a net worth of around $1 million to $3 million. Besides, his exact salary remains unknown, but we know that Boyle is receiving a good amount from his club.

Apart from that, Boyle previously played for Al-Faisaly FC. When he left Hibernian FC and joined Al-Faisaly FC, Boyle received a massive transfer worth €3.45m. As we know, Boyle has also played for the national football team and might be earning a considerable amount.

The professional footballer lives a lavish life, and he often flaunts his amazing life via his Instagram account, where Boyle is verified as @martin_boyle9.

See more about Declan Rice who is an English professional footballer.

Boyle Is Married To His Wife: How Many Kids Do They Have?

Martin Boyle is already taken, and he is married to his wife, Rachael Small, a Scottish international footballer playing for Hibernian in the Scottish Women's Premier League. Boyle and Small began dating each other in the year 2012. 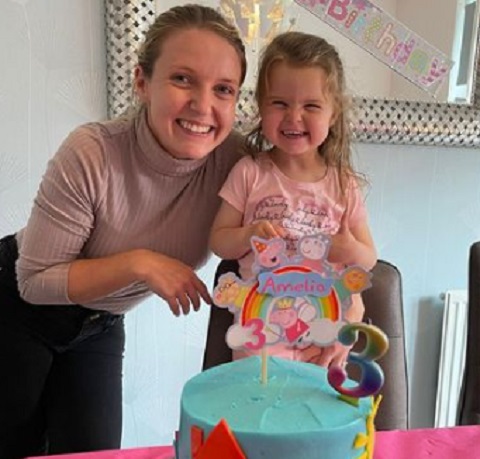 It is reported that Boyle and Small have known each other since their schooldays at Northfield Academy. After being in a relationship for three years, the pair got engaged in 2016. After that, Small moved to Edinburgh to play for Hibernian Women.

Just after two years of getting engaged, Boyle and his wife welcomed their daughter named Amelia in 2018. The following year, the duo tied the knot privately in the presence of their close ones.

A Look At His Professional Career

Boyle spent his early career at Lewis United and Montrose. In his senior year with Montrose from 2009 to 2012, Boyle played in 64 games, and he also scored 25 goals for the squad. In August 2012, he got signed with Scottish Premier League club Dundee. With Dundee, Boyle appeared in 56 games and scored four goals in total. 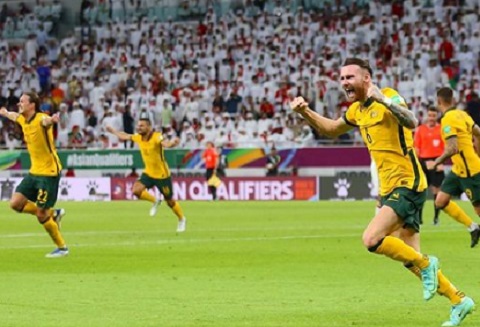 On January 21, 2022, Boyle joined Saudi Professional League club Al-Faisaly and just played in 13 games, scoring three goals. Apart from his career at the club, Boyle has also played for the Scotland U16 team in two games. Representing the U16 team, he also scored a goal. Being eligible to play for the Australian team, Boyle now plays for them.

Who Are Martin Boyle's Parents?

Martin Boyle was born Martin Callie Boyle in Aberdeen, Scotland, on April 25, 1993, to his parents. His father, Graeme, is a native of Sydney. So, Boyle holds dual nationality of Scotland and Australia. At the moment, the information about his mother remains unknown.

However, the 5 feet 8 inches tall footballer is pretty close to his mother, and he has also shared some images with her on his Instagram account.