Dujon Henriques Sterling is an English footballer who plays as a right-back for Blackpool, on loan from premier league club Chelsea.

Dujon Sterling made his Chelsea debut during their EFL Cup third round against Nottingham Forest, claiming a 5-1 victory at Stamford Bridge.

Sterling was born on 24 October 1999 in London, England, and of Jamaican descent. He is 21 years old. Likewise, he is a British boy and grew up in Islington, England.

Sterling has represented England from under 16 to under 20 levels. He represented under 17 at the 2016 U-17 Euros and was included in the team of the tournament. Sterling joined Chelsea in 2007 at the under-8 level and made his under- 19 debuts in a UEFA youth league fixture against sporting CP in December 2014. His horoscope sign is Scorpio. 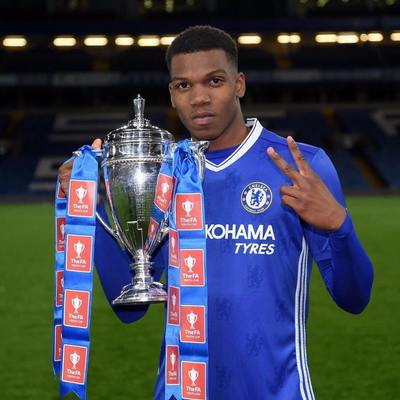 Although recently Sterling has been deployed as a wing-back, he has also been playing as a winger or center-forward and impressed during Chelsea's 2015-16 FA youth cup campaign, netting in both the semi-final and final.

Following an impressive campaign, Sterling was promoted to the U23 squad for the 2016-17 season as 16 years old and became a key figure, featuring twenty-four times and scoring four goals. 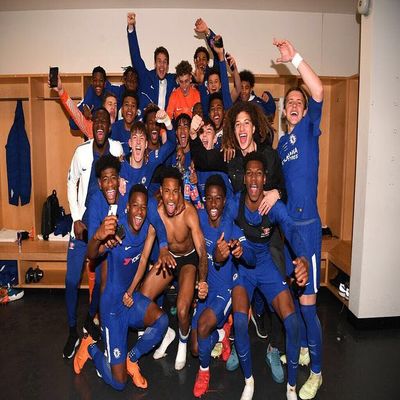 In October 2016, Sterling signed his first professional contract upon his 17th birthday. On 20 September 2017, sterling made his Chelsea debut during their EFL cup third round against Nottingham Forest, replacing Davide Zappacosta for the final 5-1 victory at Stamford Bridge.

Also, in September 2016, Sterling made his debut for England under 19 teams in a 1-1 draw against the Netherlands. In June 2017, Sterling was selected to represent England at the 2017 UEFA European under-19 champions. Despite sterling scoring his own goal. England went on to defeat Portugal 2-1 in the final. He was subsequently named in the tournament.

Who is Sterling dating?

As of 2021, sterling is not dating anyone. He is currently single and has not been in any relationship before. He is dedicated to his career a lot and is working hard enough.

Playing as a professional football player in such a league already means he is earning a ransom of money. Sterling used to earn £7,400 per week playing for Chelsea. Sterling is one of the richest Association Football players and is listed as a popular association football player. According to the analysis, Sterling's total net worth is approximately $1.5 million. His contacts end on the 31st of May 2022.

Sterling love sharing about the training and the achievements that he has grabbed in the tournaments and never forgets to pleases his fans through his social media. His Instagram goes by dujonsterling1.