Markus Anthony Howard is an American Basketball Player who played his last season for the Marquette Golden Eagles of the Big East Conference and declared for the 2020 NBA Draft. He was a four-star recruit by recruiting websites such as Rivals, 247 Sports, and ESPN coming out of high school who committed to Marquette over offers from Arizona, Arizona State, Baylor, and California.

Anthony was born on 3rd March 1999 under the star sign Pisces. He was born in Morristown, New Jersey alongside older brothers Jordan Howard and Desmond Howard who are also basketball players.

The Guard for the Golden Eagles has announced for the 2020 NBA draft and was ranked #62 by the CBS sports in the draft rankings between the two Gonzaga Sophomore Joel Ayayi and Filip Petrusev. Howard is considered a mid to late pick in the second round of the draft.

Moreover, if he is picked in the second round of the draft, his projected salary in the NBA starts from $560,000 which can get as high as $1,517,981 depending on his pick but currently, Howard is still a college basketball player who has yet to turn professional in his career. As agreed upon by the NCAA rules, colleges are prohibited to provide a salary to the students. Thus to attract potential players, they offer students with Scholarships, better training facilities, and better coaches who help them reach their potential in the game. 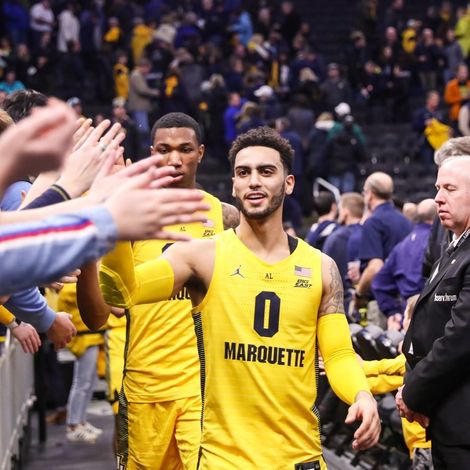 The 5' 11'' tall would have received $59,313 worth of scholarship alone from the Marquette University besides the additional benefits. As mentioned since the NCAA season leading scorer of 2020 has not earned any substantial cash from his profession, his net worth is still under review and will be updated shortly.

Markus Howard Girlfriend: who is the Marquette player dating?

Apart from his professional background, the Big East player of the year is very secretive about his personal matter. There does not seem to be any rumor or affairs regarding Markus. He is quite protective of his personal life and thus has not shared any information regarding his relationship. 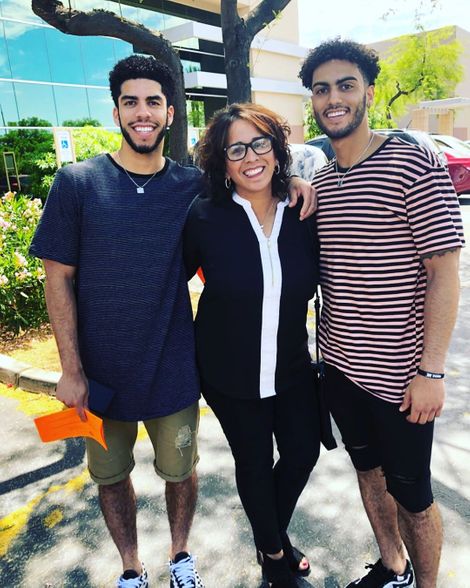 Scrolling through his Instagram, the only woman he is seen with is his mother whom he loves very much and hangs around with occasionally. However, as the upcoming draft approaches, the point guard might be focusing on matching his abilities in the NBA rather than distracting himself from a relationship.

Together in the Midst of COVID-19 - A True Christian follower

The 21-year-old is very public about his Christain faith and wears the No. 0 jersey for the reason for truly believing in Jesus. He has also started a Fellowship of Christian Athletes club where they have regular meet-ups on Sunday but due to the recent pandemic, they are unable to physically come together but through the source of the internet, they have been able to come together mentally. He shared a few words of encouragement on his Instagram account. 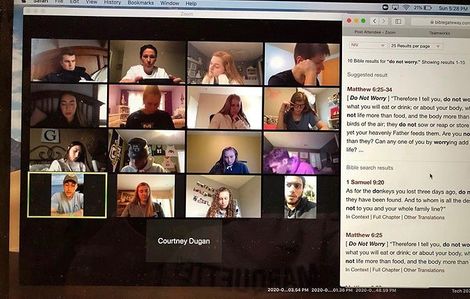 "GOD IS CONTINUING TO MOVE! So blessed for these incredible individuals that are apart of @marquetteuniversityfca who are still keeping Christ at the forefront in the midst of all this chaos. Though we aren’t physically together for our usual Sunday meetings, we still wanted to be sure we were coming together in fellowship to grow in our relationship with Christ. We are all Continuing to pray for everyone through this time????"

The highest scorer in the NCAA 2020 league, Markus is one of the prolific shooters in the NCAA division with a massive score of 1405 points who averaged 27.8 points and 3.3 assists per game in his last season with the Golden Eagles. He scored a career-high of 53 points over Creighton on 9th January 2019 breaking the Big East single-game point record.

One of the few peoples, who was at the starting line-up in his freshman year where he averaged 13.2 points per game. In his sophomore year, he was already the top scorer of the college averaging 20.4 points per game and the second-best free-throws percentage (93.8%).

Apart from collegiate basketball, he has also represented the United State on two occasions. He represented the States in 2015 FIBA Americas Under-16 Championship winning the Gold medal and the 2016 FIBA Under-17 World Championship in Zaragoza, Spain where he averaged 11.9 points and 2.6 assists per game.