Marko Rog is a rising Croatian professional football player. He is currently a professional with the Italian football league; Serie A. Rog turned professional in 2013 with Varazdin. Marko plays as a Midfielder for his club and country.

Marko Rog was born on July 19, 1995, in Varazdin, Croatia. He is the son of Jagoda Rog and Drazen Rog. Marko has three siblings, Mia, Anja, and Petar. Much about his parent's occupation is under the radar. Rog stands five feet and eleven inches tall and weighs 73 kg.

Marko Rog has an estimated net worth of more than $5 Million. The player is making millions from his contract. A football player makes a handsome amount from his sponsorship and advertising deals. Rog is very private about his economic career in the public. As per sources, Marko signed a five-year contract with Cagliari on loan with an obligation set at €18 million, including bonuses. 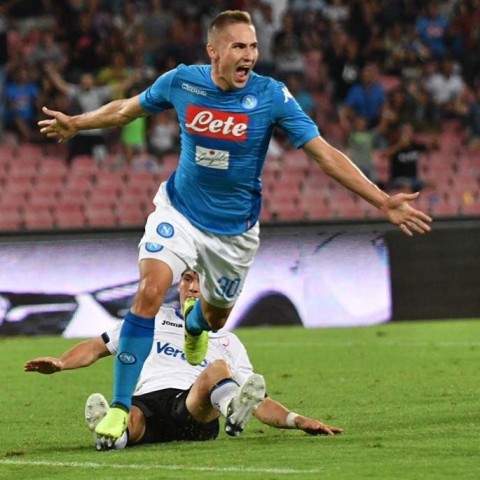 Marko has successfully kept his love life away from the spotlight. There is not much information about his girlfriend in public. Rog could be single, dating, or even married and living a happy married life. The player keeps sharing photos in his Instagram timeline, and there are no suspicious photos in his timeline. Rog likes to spend his free time with his siblings and friends.

Marko started his early days with Nedeljanec's youth team in 2001. He played with the team until 2006 and moved to Varteks/Varazdin. The player represented the club in numerous divisions. Rog made his senior team debut in 2013 with Varazdin. In his first season with the club, Marko scored seventeen goals while appearing in thirty games.

The Croatian player was loaned Sevilla for the 2019 season and then Cagliari. He had decent seasons with both of the clubs. In July 2019, Rog moved to Cagliari on loan with an obligation set at €18 million, including bonuses.