Marko Grujic, a Serbian professional footballer currently plays for the Premier League club Liverpool as a midfielder and also for the Serbia National Team in the 2018 FIFA World Cup.

Grujic starting his career with his hometown club Red Star Belgrade has played for clubs like Kolubara, Liverpool, Red Star Belgrade and Cardiff City. Since his professional career debut in 2013, Marko Grujic has scored the total of 9 club goals.

Fond of football, Marko joined the Red Star Belgrade youth system at the age of 9 in 2005, where he played and captained the youth team till 2013. The prominent footballer was then promoted to the senior team of Red Star Belgrade.

Blessed with successful career and contract, Marko is estimated to be enjoying the net worth of $2 million as of 2018. Currently, under the contract of Liverpool, the jersey number 16 Marko earns the annual salary of $1.03 million, his weekly salary being $19,900.

Marko is sponsored by sportswear Nike.

After his promotion to the senior squad, Marko made his professional career debut with Red Star Belgrade on May 26, 2013, in a Serbian SuperLiga match against Vojvodina. Later in the 2014 season, Marko has played as a loan transfer for the Kolubara where he scored 2 goals.

Liverpool and Loan Transfer to Cardiff

Marko made his debut for Liverpool in a 2–0 loss against Burnley as a substitute of  Adam Lallana on August 20, 2016. 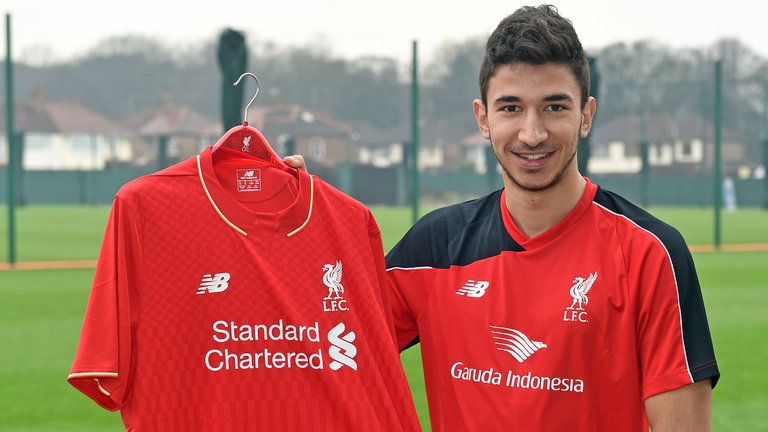 In May 2016, Marko made his debut for the Serbia National Team in a 2-1 win against Cyprus as a substitute of Nemanja Matic.

Marko Grujic stands 6 ft 3 inches in height and weighs 82 kg. Marko Grujic has kept his personal profile low and has not disclosed much about his family life.

Marko is not married yet, though he is reported to be dating his girlfriend Mia Zeremski, keeping the relationship beginning detail low.

Active in social media, Grujic has over 423K followers on his Instagram.