WAC Coach of the Year Award Winner Mark Fox is a well-known men's college basketball head coach. He has been working as the head coach for almost two decades. Fox started his career as an assistant coach in 1991 with Washington. Mark currently works with the University of California Berkeley as their head coach.

Mak Fox was born on January 13, 1969, in Garden City, Kansas. He is the only child born to Raymond Fox and his wife. Fox rose to fame only after his successful career, so there is not much information about his early life and parents. Fox holds American nationality and is of white descent. After graduating from High School, Mark enrolled at Garden City CC but later transferred to Eastern New Mexico University, where he completed his undergraduate.

How Rich is Mark Fox? Know About His Earnings, Net Worth, and Salary

Mark Fox has an estimated net worth of more than $5 Million. He has accumulated most of his net worth through his successful career as a head coach. Mark has an annual salary of more than $1.5 Million. Fox’s base salary is $275,000 annually. In 2019, the head coach signed a five-year deal worth $8.25 Million with the University of California- Berkeley. 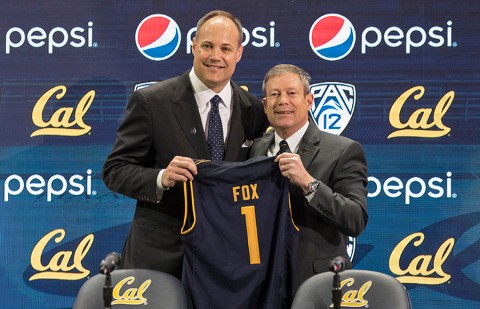 Who is Mark Married to?

Mark Fox married his longtime girlfriend, Cindy Fox, in the early 1990s. The duo has become successful in keeping their personal life away from the public. As they had a private wedding ceremony in Mark's hometown and neither of them was in the limelight at the time of their marriage, there is not much information in the media. 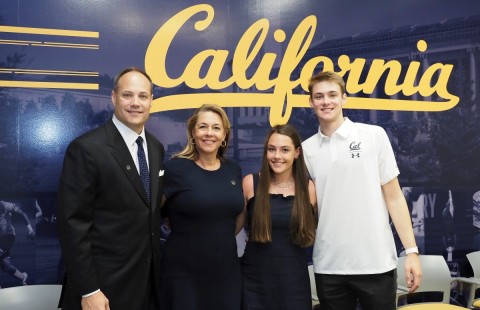 CAPTION: Fox along with his family at an event SOURCE: Sports Illustrated

Fox and Cindy are the proud parents of two children, a son, Parker Fox, and a daughter Olivia Fox. His son, Parker, is attending Clemson, a walk-on sophomore guard for the Tigers. Unlike other basketball coaches, He does not show any presence on social media.

Mark worked as assistant coach of Nevada until 2003 and then worked as head coach from 2004 until 2009. In his second season with the team, He led his team to four Western Athletic Conference final and won the championship title. Fox was named conference coach of the year twice (2005 & 2006) while with Nevada.

You May Also Want To Know About: Brain Wardle and Levell Sanders.