Two Times Missouri Valley Tournament Winning's team head coach Brian Wardle is one of the excellent American college basketball coach. Wardle started his professional coaching career in 2003, working as an assistant coach for Marquette. In 2010, Brian began his career as a head coach with Green Bay after working as their assistant from 2005-2010.

Brian Wardle was born on October 9, 1979, in Claredon Hills, Illinois. Born to Jim Wardle and his wife, Cindy Wardle, his father played in a traveling band and was a signage businessman. Brian's elder brother currently runs their father's business of signage. After graduating from high school, Wardle enrolled at Marquette University and played basketball for the university team.

Net Worth In Millions; Know About Brian Wardle's Salary and Contract

Brain Wardle has an estimated net worth of more than $3 Million. However, Wardle and his organization have not shared a word about his exact earnings. As per the source, Brian has an annual salary of $681,886. His contract includes several bonuses amounting to his salary. 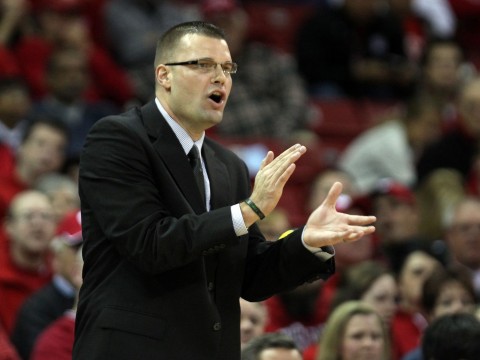 In 2019, Brian renewed his contract with his university with a certain raise in his salary. The head coach earned merely $133,000 under his old contract. He is ranked among the least-earning head coaches in the  Horizon League. Leon Rice is currently working in the same league and is the head coach of Boise State who earns $725,000 in salary.

Who is Brian Wardle Married To? Know About His Wife and Children

Brian is currently married to his longtime girlfriend, Lecia Wardle. The duo had a private wedding ceremony, and nothing much about their marriage is shared with the public. Brian's spouse Lecia was born in Wisconsin but grew up in Sarasota, Flemington. 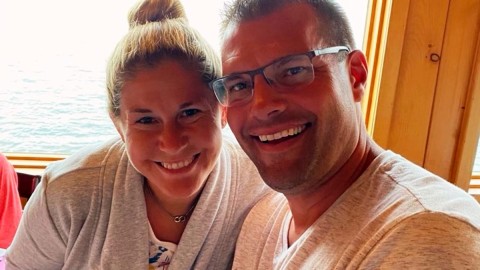 CAPTION: Brian shares a photo along with his wife, Lecia. SOURCE: Peoria Journal

Brian and Lecia are the proud parents of three children. Shortly after the marriage, the duo welcomed their first child, Mya, in 2007. In 2010, they had their second child, Emily. In 2013, Lecia gave birth to their third child, Davin. The family of five is living a happy life. As Brian remains out of the house most of the time, his wife stays home looking after their children.

Wardle worked as the assistant coach for Green Bay until 2009. In 2010,  Wardle became the youngest head coach in NCAA Division I basketball when Green Bay signed him as their new head coach. In the 2014 season, Brian led his team for the Horizon League regular-season championship. The same year, He won the Horizon League Coach of the Year Award and Skip Prodder Man of the Year Award. At the end of the 2015 season, Wardle moved to Bradley University as their new head coach.

Brian had to struggle a lot in his initial days with the team. In 2019, Wardle led the Braves to the NCAA Tournament by winning The Missouri Valley’s “Arch Madness” Tournament. The team defended its title in 2020.