Mark Cuban is an American entrepreneur, investor, television personality, and media proprietor who prominently owns the Dallas Mavericks of the NBA. Also, he is the co-owner of the 2929 Entertainment and chairman of AXS TV. Moreover, Cuban is one of the main "shark" investors on the ABC reality television series, Shark Tank. In the year 2011, he released a book, How to Win at the Sport of Business, in which he chronicles his experiences in business and sports.

Pittsburgh, Pennsylvania native, Mark Cuban was born on 31st July 1958, under the star sign Leo. The sixty-two years old is an American by nationality who came from a multi-ethnic background.

As of 2020, Cuban's net worth is approximately $4.3 billion. Forbes ranked him #179 on the 2019 Forbes 400 list.
In 1995, he founded video portal Broadcast.com with his partner Todd Wagner and sold it to Yahoo for $5.7 billion four years later. He owns NBA's Dallas Mavericks which has an estimated value of $2.4 billion in 2020. Further, his investment on ABC's Shark Tank is also the major source of his wealth.

In 2019, he discloed he has nearly $1 billion in Amazon stock alone.

Cuban says the best thing he ever spent money on was a plane. He scored his first jet,  a Gulfstream V in 1999 for $40 million. Further, he's added two more to his fleet: a Boeing 767 that he rents out and a Boeing 757. 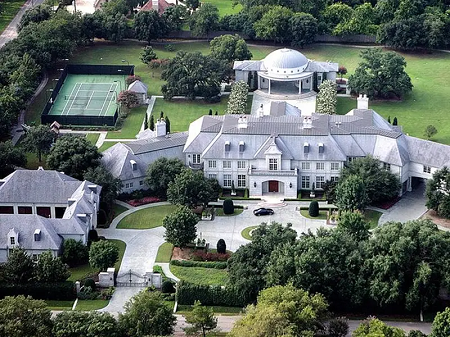 In the fall of 1999, he purchased a 24,000-square-foot French chateau-style mansion in the affluent Preston Hollow neighborhood of Dallas, Texas for $13 million.

Mark Cuban is a married man, He tied the knot with his long-time girlfriend, Tiffany Stewart in September 2002, in an intimate wedding ceremony in Barbados. The couple first met in 1997 at a gym in Dallas where they were both worked out. 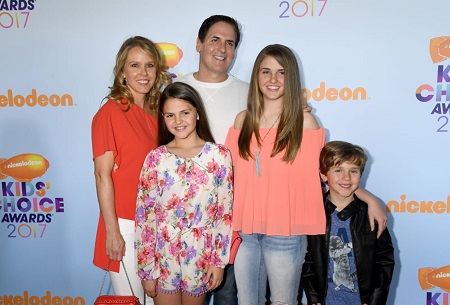 After started dating, Tiffany moved into the chateau, which she referred to as “impractical.” She claimed herself as middle class and continued to drive her Honda to her job at an advertising agency.

Mark and his wife share two daughters: one born in 2003, the other born in 2006, and a son born in 2010. The couple now strives to make life as normal for their children as possible.

Cuban is the son of Norton Cuban, an automobile upholsterer, and Shirley, who he described as "a different job or different career goal every other week." He has two brothers, Brian and Jeff Cuban. His original paternal last name was Chabenisky" but was changed by his grandfather after the family emigrated from Russia through Ellis Island. On the other hand, his maternal grandparents were also Jewish who came from Romania.

At the age of 12, he sold garbage bags to pay for a pair of expensive basketball shoes, which he regards his first step to the business.

Cuban dropped senior year at high school instead he enrolled as a full-time student at the University of Pittsburgh. There he joined the Pi Lambda Phi International fraternity. After one year, he transferred to Indiana University graduated from the Kelley School of Business in 1981 with a Bachelor of Science degree in Management.

Mark Cuban is personally helping retired NBL player, Delonte West get back on his feet. He picked up West, who played for Dallas Mavs from 2011-2012 and has fallen on tough times, at a gas station in Texas. Cuban has offered to help cover Delonte's cost for treatment.