Larry Gottesdiener is an American entrepreneur who stands as the Founder and Chairman of Northland Investment Corporation. He purchased the WNBA team, Atlanta Dreams along with ownership partners Renee Montgomery and Suzanne Abair.

Gottesdiener's Northald’s philanthropy is focused on empowering women, fighting racism, and dropping the homelessness rate. His big step in the sport has grabbed a lot of media attention. Let's know Larry Gottesdiener in deep.

Gottesdiener was part of a group of boys who grew up on a mostly Jewish street in a New London neighborhood. It was a close-knit neighborhood where doing well in school mattered, but so did sports. Along with his friends, he played endless games of football, basketball, and baseball. There were times when Gottesdiener was among the last guys picked when the teams were chosen.

After high school graduation, Gottesdiener enrolled at the University of Pennsylvania, where he earned a bachelor's degree. Further, he earned his JD from Boston University.

In 1997, Gottesdiener made his first real estate play in Hartford. The Whalers had just left town, and the collapse of the Hartford franchise led to the collapse of someone else's deal to buy a downtown office building known as Metro Center. He was looking to get into Hartford and was looking to buy low. The building was a risk, empty and it was in a market that ranked almost last in the desirability of office space.

Gottesdiener thought it would take four years to fill the building, but Northland worked hard and got lucky. Northland Investment Corporation, a $10 billion real estate private equity company has been established by the industry in lists. The firm has the Best Places to Work in Multifamily for Women.

Gottesdiener recently stepped back from Northland Investment Co. and became the new majority owner of the Atlanta Dream WNBA team. He partnered with former Dream player Renee Montgomery and Gottesdiener’s colleague Suzanne Abair. Montgomery, a Black woman, will be the first former player to become both an owner and executive of a WNBA team. 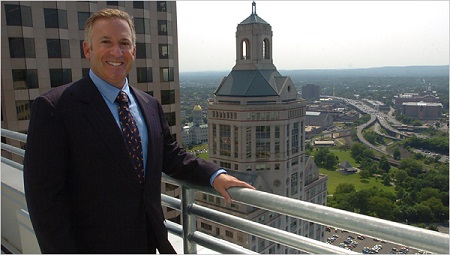 Gottesdiener said, "It is a privilege to join a team of inspiring women who strive for excellence on the court and equity off the court. I would like to express my gratitude to (WNBA) Commissioner (Cathy) Engelbert, (NBA) Commissioner (Adam) Silver, and the WNBA and NBA Boards of Governors for the opportunity."

Gottesdiener is one of the most significant real estate developers with a half-billion dollars' worth. He has made his money largely by buying what other people didn't want. He is the founder and CEO-turned chairman of the Northland Investment Corporation which operates as an investment company.

Most recently he scored WNBA's team Atlanta Dreams, becoming the majority owner. According to the source, the average value of a WNBA team is anywhere from $17 to $35 million.