Marin Cilic’s Girlfriend is Kristina Milkovic. Know all the interesting facts about their Relation 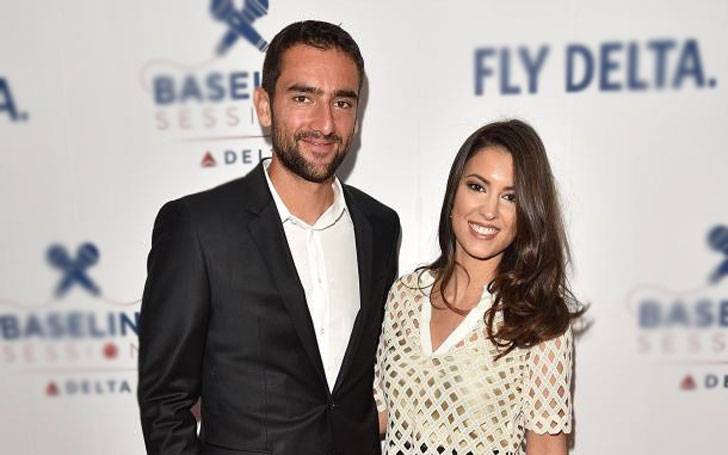 Some people are lucky enough to find the true love of their life. Not every love story has perfect endings, not every couple are meant to be together forever and on the other side, there are some couple who are living happily together.

Marin Cilic and his girlfriend Kristina Milkovic seems to have a perfect relationship. We are here today to discuss on the versatile couple, let's know more about their relationship. Are they going to get married? Well, you might be willing to know the details.

The 28 years old professional tennis player Marin Cilic and Kristina Milkovic are deeply in love with each other. The couple has been dating for seven years since 2010 and they are still together living happily. Milkovic is one of the most important people in Maric's life. Milkovic is often traced in the stands cheering her soulmate. They were spotted several times spending their holidays, weekends together.

Milkovic is the graduate of psychology and currently, works for  Zagrebacka Banka since 2014. Cilic once jokingly mentioned Milkovic as his personal psychologist and also revealed that they are together almost for 24 hours.

Milkovic was there in the stands roaring and cheering to her darling when he won the U.S. Open in 2014 in New York. It is believed that she is the good luck for him in his every aspect of his life. After this long relationship are they planning to get married?

Are Marin Cilic and Kristina Milkovic getting married?

Well, there is no doubt, that the couple will be tied to their knots after having such a wonderful relationship for seven years long. Sadly we should have more patience to see this couple getting married.

Can't wait to see this couple getting married and seeing them as parents, hope they won't keep us waiting for long to see them engaged. Let's wish them a successful relationship ahead. For more please visit PlayersWiki.

UFC 246 Medical Suspensions: Donald Cerrone will be out for 6 months for Nasal, Orbital Fractures 10 hours by Jack Ol