Marcus Daniell was born on November 9, 1989, in Masterton, New Zealand. He was born to Derek Daniell and her husband, Chris Daniell. Both of his parents played tennis at the local level and remain his biggest inspiration. Marcus stands six feet and three inches tall and weighs 76 kgs.

Marcus Daniell has an estimated net worth of more than $500,000. Although It's been more than twelve years of his professional career, Daniell has not won major events. In 2019, Marcus earned $191,117 as his prize money when he reached Brisbane Open's finals. Also, He took home $23,000 in 2020 as many events got canceled due to the COVID Pandemic. 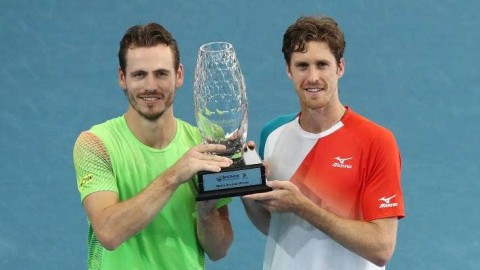 CAPTION: Marcus along with his partner and the Brisbane Open title SOURCE: Tennis News

Totaling all the prize money, Daniell has earned $890,000 from his games. Also, He must have made a reasonable amount through several other sources like sponsorships, advertisements, contracts.

Who is Marcus Married To? Know About His Wife and Married Life

The Kiwi tennis player tied his wedding knot with his longtime girlfriend, Caroline Voldstad Daniell. They had a private wedding ceremony in front of their family members and some close friends. They had been dating each other for sometime before tying their wedding knot. The exact date of their marriage is still under investigation. 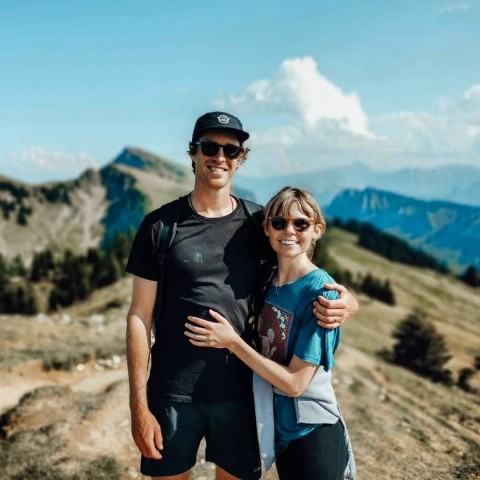 Caroline is American, and They met each other while Marcus was on tour in the states. She still works in the States but keeps visiting her husband. Both of them are active social media users and keep posting images and videos of their vacation to different holiday destinations. They are yet to welcome a new member into the family.

Marcus turned professional shortly after he turned twenty. He made his professional debut only in 2010 after receiving a wildcard entry in the 2010 Heineken Open, an ATP 250 event in his home country of New Zealand. On the first tour, he won his first double title in ATP World Tour with his partner, Horia Tecau.

Daniell was short-listed for the 2010 Commonwealth Games, but he withdrew from the list due to an ongoing back injury. In 2016, he partnered with Michael Venus at the 2016 Summer Olympics but lost in the opening round. The same year, Marcus won the  Stuttgart Open with Artem Sitak.

Marcus has won a total of twenty-six titles, which include two singles and twenty-four doubles in his ATP career. Recently, Daniell and his partner, Philip Oswald, lost the quarter-final of the Australian Open to Joe Salisbury and Rajeev Ram.