Rajeev Ram is an American professional tennis player and is the winner of the 2019 Australian Open mixed-doubles titles along with partner Barbora Krejcikova. In 2016, he won the silver medal at the Rio Olympics in the mixed doubles draw, and also in the same year reached the final of the US Open mixed doubles.

A native of Denver, Colorado, Rajeev Ram was born on 18 March 1984 under the star sign of Pisces. His parents originally hail from India. He has a height of 6 ft 4 in and plays right-handed (one-back handed). He became a professional in 2004. He attended the University of Illinois- Urbana-Champaign.

Rajeev Ram has an estimated net worth of $4 million. He earns money from his professional tennis career. In his successful career so far, Rajeev has won a total of 19 ATP doubles titles, two ATP singles titles, and has received $5,184,366 in prize money from the competitions. To date, his 2020's earnings amount to $32,665.

But those amounts are earned from playing tennis. Besides, Rajeev also makes money from his endorsement deals, sponsorships, and businesses. Rajeev is currently teamed up with the Voss World, a Norwegian-based brand.

The 36-year old Rajeev Ram is a married man. He got married to Zainab Saqib. The wedding ceremony took place in his hometown in 2016. Together they have a son whose name remains unknown. 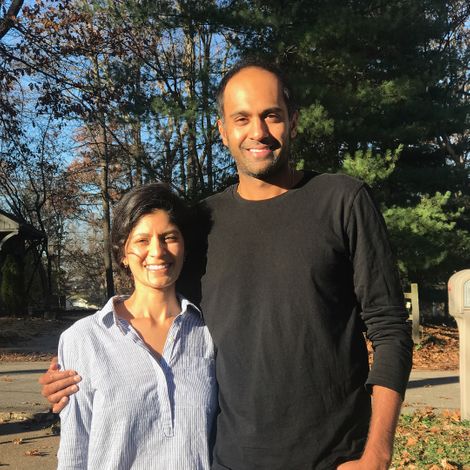 Rajeev and Zainab both attended the University of Illinois where they first met and started dating each other in the mid-2000s. The couple tied the knot after a decade long romantic relationship.

His wife Zainab Saqib is the daughter of Bushra and Dr. Saqib.

While still in his Junior Career, Rajeev won nine national junior titles, singles and doubles combined. Some of his titles were the boys' 16-and-under national championship, the national claycourt 14-and-under singles titles, Kalamazoo doubles, and the Target Cup tournaments.

At Carmel High School, Rajeev played high school tennis and earned All-State honors, became the state singles champion. He earned a scholarship in both 1998 and 1999.

In 2001, Ram earned a wild card entry into the Juniors' Open Cup and participated in all of the Grand Slam junior tournaments. Partnered with tennis player Brian Baker at the 2002 Wimbledon, he was the runner-up in junior doubles.

The same year Ram deliberately did not enroll at the University of Illinois to play tennis as an amateur on the pro circuit.