Marco Bizot is a professional football player who plays for Ligue 1 club Brest and the Netherlands national team. Bizot is an important goalkeeper for his team, and he wears jersey number 40. On November 11, 2020, Bizot made his international debut for the senior team.

Likewise, Bizot has played for many clubs beginning his football career with SV Westfriezen. After being a part of multiple teams, Bizot joined Ligue 1 club Brest, on August 4, 2021, and has been representing them in many games.

Marco Bizot Is Married A Married Man: Who Is His Wife

Starting the topic with his personal life, Bizot is a happily married man who lives together with his beloved wife. However, the name of Bizot's wife remains unknown as Bizot has not given any hints about it yet. But Bizot has been cherishing his life with his wife for a long time. 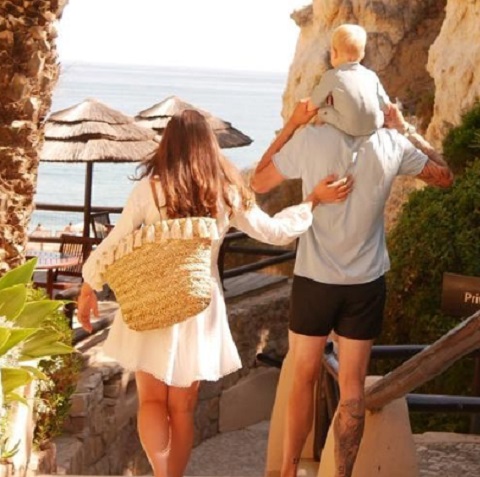 Marco Bizot has a child with his wife SOURCE: Instagram @marcobizot

Going through some of his social media posts, it is believed that they have been married for many years, but the actual date of their marriage also remains under review. Meanwhile, Bizot is a private guy who does not like to share his personal details with the media.

However, on July 5, 2020, Bizot posted an image on his Instagram account along with his wife and their child. So, Bizot has already started his own family with his partner.

Bizot's Salary In His Current Team: His Net Worth Revealed

Currently, Bizot is playing for Ligue 1 club, Brest. Before that, he was playing for AZ Alkmaar and joined Stade Brestois on August 4, 2021, after receiving a transfer fee of €5.00m, as reported by Transfermrkt. So, it is believed that Bizot is receiving a decent salary.

Currently, Bizot's market value is €4.50m, and it is still increasing. As Bizot is still playing football actively, his income will surely rise in the future. Meanwhile, his net worth is unknown, but it is surely in a million dollars. 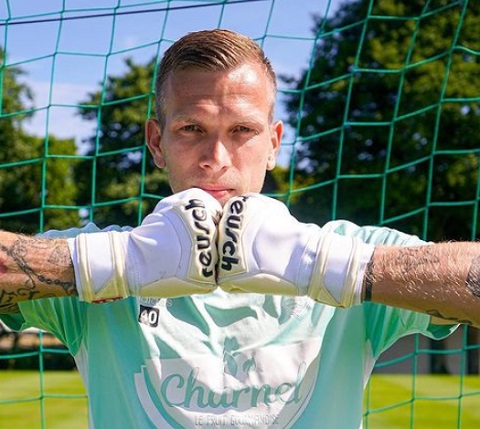 From 2017 to 2021, Bizot played 125 games. Since August 4, 2021, Bizot has been playing for Stade Brestois. Besides that, Bizot has already played for the national football team of the Netherlands. In March 2018, Bizot received his first full international call-up and made his debut on November 11, 2020, by playing against Spain.

More Details About His Parents

Marzo Bizot was born to his parents, Marcel Bizot and Ellen Bizot, on March 10, 1991, in Hoorn, Netherlands. So, Bizot holds Dutch nationality. It is unknown whether Bizot is only the child of his parents or not. The information about his siblings is not available in the media.

Moreover, Bizot gives updates about his life from his IG account, where we can follow him as @marcobizot.