Marcin Gortat is a Polish retired basketball player who played in the National Basketball Association (NBA) for Orlando Magic (2007–2010), Phoenix Suns (2010–2013), Washington Wizards (2013–2018), and Los Angeles Clippers (2018–2019). A second-round draft choice of the Phoenix Suns in the 2005 NBA draft, he has also played for the Polish sports club and Bundesliga league.

Marcin Gortat Net Worth & Career Earning As Of 2020

Twelve seasons long as a professional NBA player has helped Marcin Gortat to earns the jaw-dropping amount of $93,766,877. Let's know how he made this happen.

As of 2020, Marcin Gortat's net worth is over $60 million, soley earned from his NBA career.

Reportedly, Marcin Gortat is single. Previously he was in a romantic relationship with a model Polish model Anna Kociuga who is aka Anya Gortat. The couple met in 2009. Moreover, there is no further information about their relationships and his wife. 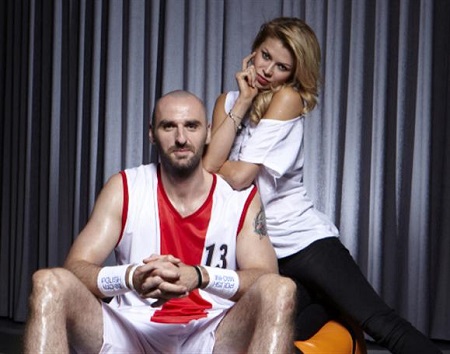 Marcin Gortat and his ex-girlfriend, Anya Gortat aka An SOURCE: Fabwags.com

Additionally, he is popular and successful among his fans. He is a stable person and does not want to disclose his personal life among his fans.  Currently, he is not alleged in any controversy.

Similarly, his sexual orientation is straight. He is confident, determined and coachable. He always desires to get better in his performance. He stands at a height of 6 feet and 11 inches. His body weight is 240lb. He also inked a tattoo on his body. He is active on Instagram.

Marcin Gortat is the son of Alicja Gortat and Janusz Gortat. He grew up surrounded by sports. His father was a popular boxer of his time and also was a winner of a bronze medal in the Munich 1972 and Montreal 1976 Olympics. His mother was also the representative of the Polish national team (volleyball). He also has two brothers namely; Robert and Filip.

Prior to playing with Washington Wizards, he has started his NBA career with Orlando Magic and before that, he also played for polish basketball team named LKS Lodz and RheinEnergie Cologne.

At his early age of career, he was interested in soccer and track and field. He was not only a good player of various but also was studious; he is fluent in the language of English, German and Serbian. He was also a swimmer from the national team of Poland. After completing his graduation from Technical school in Lodz, he started his career as a basketball player. He has played his early career of basketball in Europe.

Gortat turned professional after his European league and matches. On August 2, 2007, Gortat signed with the Orlando Magic where he played from 2007 to 2010. Later, he began his career with Phoenix Suns, as he was traded to the Phoenix Suns along with Vince Carter and Mickael Pietrus.