Manon Rheaume is a Canadian former ice hockey player who last played for the Tampa Bay Lightning as their goaltender. Besides, she also played in Olympic games representing Canadian National Team where she won silver in  1998 Winter Olympics and also a gold medal in the 1992  IIHF Women's World Championship.

Manon Rheaume, who is the First woman to play in a National Hockey League game, has the net worth of around $1 million as of 2019 and if you wish to know further details regarding her income and personal life just scroll down.

Is Manon Rheaume Married or Divorced? Her Personal Details

Manon Rheaume, after her divorce with the first husband, has married for the second time. Earlier, Rheaume was married to her then fellow mate Gerry St. Cyr. After some time, they both got divorced but the exact information regarding the matter is not yet disclosed.

Her former husband Gerry is a former Canadian roller-hockey player and was also the teammate of Manon. 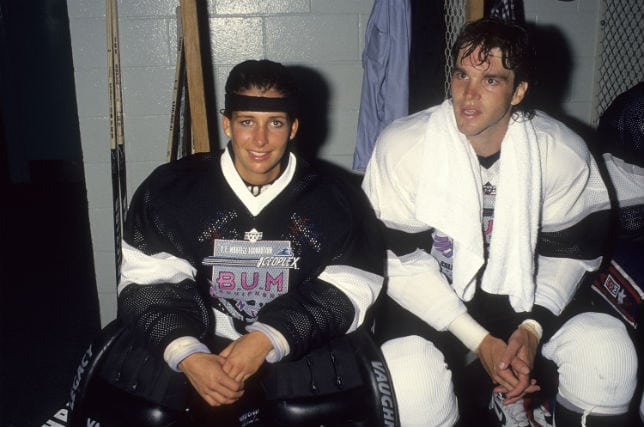 Manon and her husband share a son named Dylan who is around 20 years old currently. Like his mother, Dylan is a goaltender with USA Hockey’s National Development Team Program. 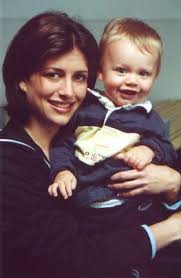 Manon Rheaume, after her divorce with Gerry, married her second spouse with whom she has a son named Dokada who is 12 years old. He also plays hockey as a forward.

Manon has mentioned in some of her interviews that in her childhood she was not allowed to play hockey and she learned hockey by practicing with her brothers. She is also considered a tough and talented player and is also the first female to play in the male NHL team.

Despite the difficulties, she managed to enter the hockey playing career. Manon is also involved in charity works and has founded Rhéaume Foundation which provides scholarships for the young women.

Manon Rheaume the most talented and energetic former Canadian ice hockey goaltender has a height of around 1.7 meters (5 feet 5 inches) along with a weight of 59 kilograms (130 lbs). Currently, she is 47 years old.

How much is Manon Rheaume's Net Worth? Her Career Earnings

There is no exact information regarding the net worth of Manon Rheaume but some of the websites reported that her net worth is approximated to be around $1 million.

In addition to this, players earn some extra sum of money from various advertisements/endorsements and sponsorships. Besides, she is involved in several TV shows and movies which is also an important source of her income.

Manon Rheaume was born to parents Pierre Rheaume and Nicole Rheaume on February 24, 1972, in Beauport, Quebec, Canada. She holds Canadian nationality and belongs to the white ethnic group.

Her parents run a construction business and is a fan of hockey and horse riding whereas her mother is a swimmer and downhill skier. She spent her childhood along with her brothers Martin and Pascal Rheaume who is also an NHL player.

Manon Rheaume is a famous ice hockey player who played in several tournaments and leagues like QMJHL, IHL, WWHL, Austria, RHI, ECHL, WCHL, and NHL as well. The list of some of the teams she played in her career is listed below: 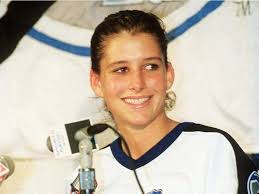 Besides, her ice hockey club career, she played for her Canadian National Team and her team is also the winner of 1994 IIHF Women’s World Hockey Championships and gold medalist in the 1998 Olympics.