Esch-sur-Alzette native, Mandy Minella, is a professional tennis player who made her debut in 2001 on the WTA tour. Minella, who peaked at no. 66 in the singles world rankings in September 2012 and no. Forty-seven in doubles rankings in April 2013, currently ranks 144 and 108 respectively.

The right-handed tennis player was born on 22 November 1985 under the star sign Sagittarius. She holds the Luxembourg citizenship card. Moreover, she is married and blessed with a baby girl.

2X WTA Tour winner, Mandy Minella's net worth is approximately $1 million as of 2019. Her income source is considered her tennis career, as well as sponsorship. 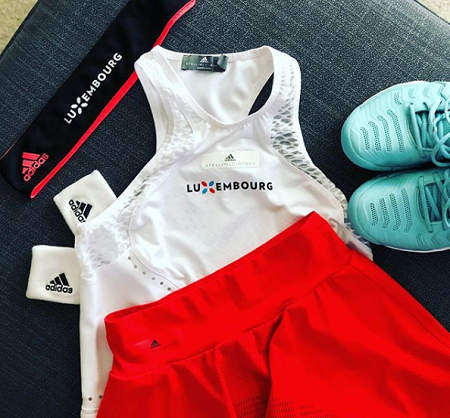 Besides, she is sponsored by various brands, including Orthomol Sport, through which she earns a decent amount.

Scrolling through her Instagram post, the lady goes vacation on world mesmerizing holiday destinations. Her lifestyle is lavish.

Minella is married to her long-time boyfriend, Tim Sommer, who also happens to be her coach. The duo tied the knot on 17 October 2014, in a secret ceremony. 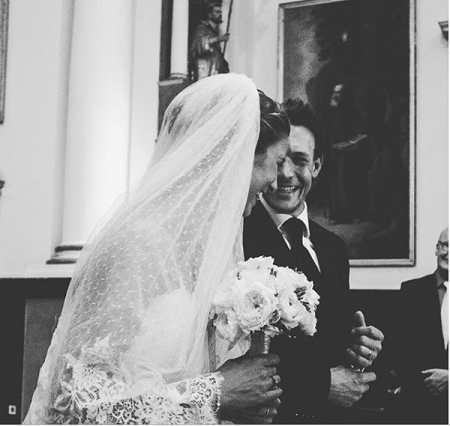 In July 2017, Minella revealed she is pregnant after bowing out of the women's singles in the first round at Wimbledon. She posted a picture on social, showing husband Tim Sommer kissing a baby bump as Minella stands on a Wimbledon court.

Further, she announced, "Wimbledon is my last tournament this season. I want to compete again at Wimbledon in 2018 - and bring the baby buggy." 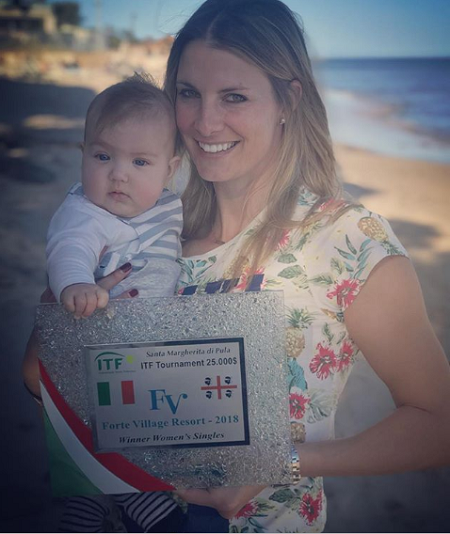 In October 2017, she gave birth to a daughter, Emma Lina.

Mandy Minella was born as a single child to parents: mother, Anna, and father, Mario. She started playing tennis at the tender age of 5.

A professional since 2001, Minella has won eleven singles and eight doubles titles on the ITF Women's Circuit as well as a singles title and three doubles events in the WTA 125K series.

Her most significant achievements as a solo player came at the US Open, where she reached the 3rd round in 2010, where she eventually lost to Venus Williams. In 2011, she was voted Luxembourg sportswoman of the year.