Malik McDowell is an American Professional Football player who was first selected by the Seattle Seahawks in the second round (35th overall) of the 2017 NFL Draft. As of 2019, he was released by Seahawks on March 2, 2019, and is currently a free agent.

Reportedly, McDowell has collected a net worth over $2 million from his playing career. Additionally, he first signed his professional contract on May 25, 2017, for 4 years worth $6.95 million.

Malik McDowell Earnings; How much is his Net Worth

Malik, who is one of the renowned Defensive tackle, has made a net worth over $2 million form his entire playing career. Additionally, he has collected $4,064,659 as entire career earnings.

Additionally, the details about his other valuable assets, including the house and cars are still beyond the media. Besides, his salary and earnings indeed suggest that he is living a luxurious life and is regularly spotted spending money in an extravagant way.

Is Malik McDowell in a Relationship? Know about his Personal Life

The famous NFL Defensive tackle is yet to be in a married club. Also, the reports about his probable girlfriend or wife are never rumored in the media. However, his popularity doesn't justify his current relationship status.

Moreover, he is often spotted clicking pictures with different girls, and his fans and followers assume him to be in a relationship with one of them. Besides, for more detailed information, the only option for us to wait until he decides to talk about his relationship status in the media.

On July 9, 2019, Malik was arrested for brutally fighting with local police. Recently, the cops questioned him about a stolen vehicle that was parked in his garage. Policemen said they discovered the car in McDowell's garage, and when they started to ask him about the car, they said, "Malik breathed very strongly, sweated, and had a sallow look to his face."

Later, Malik justified about the vehicle that he bought he purchased the vehicle in March for $5,000 from a random man on a local street in Detroit.

Malik was born on June 20, 1996, in Detroit, Michigan to Greg McDowell and Joya Crowe. Also, he is an American native and belongs to the African ethnic group. Also, he was born under the star sign Gemini.

Talking about his educational background, he attended Loyola High School in Detroit, Michigan and later enrolled at Southfield High School where he had a successful school soccer career. After his high school, he joined Michigan State University and represented their football team.

Malik was first selected by the Seattle Seahawks in the second round (35th overall) of the 2017 NFL Draft. As of now, he is a free agent and waiting for the draft. 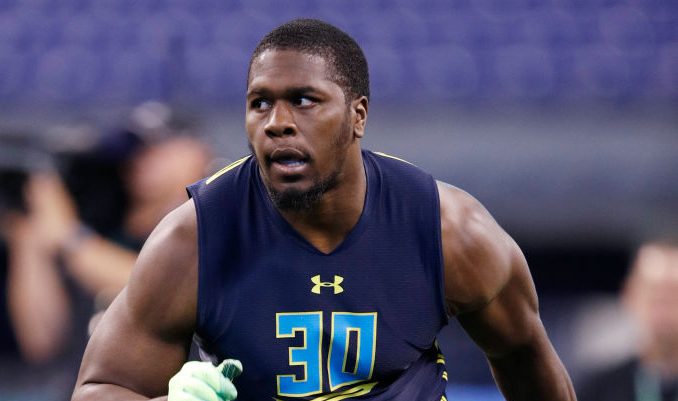 ESPN and NFL analyst Bucky Brooks ranked him as the top defensive tackle available in the draft. Also, he was rated as a  second-best defensive tackle by Sports Illustrated and Pro Football Focus. Moreover, he was also ranked as the third-best interior defensive lineman by the NFL analyst Mike Mayock.