2019 NBA champion, Malcolm Miller is currently signed to the Toronto Raptors of the National Basketball Association (NBA) as their No.13 Small forward. After going undrafted in the 2015 NBA draft, he played for the NBA G League side Maine Red Claws (2015-16), German League side Alba Berlin (Alba Berlin), and Raptors 905 (2017-29).

A native of Laytonsville, Maryland, Malcolm Miller was born on March 6, 1993, under the star sign Pisces. 6 ft 7 in (2.01 m) tall, Miller holds an American nationality and is of Afro-American nationality. The young talent finished his collegiate career from the College of the Holy Cross.

How Much Is Malcolm Miller Net Worth?

Looking at his career earnings and contract, his net worth in 2019 is over $1 million. Further, the hunk scored Audi 7 in 2017.

No. 13 – Toronto Raptors' Small forward is currently in a relationship with his girlfriend, Dana Weston, who is also a Holy Cross grad and played volleyball for the Crusaders. Now, she is a full-time model. 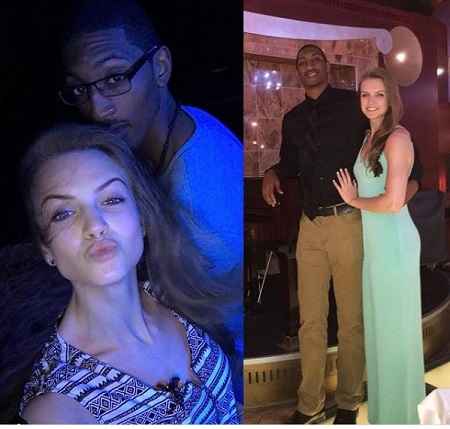 The couple started dating since June 2014. Since Miller plays for Toronto Raptors, they are in a long-distance relationship. Her lady often visits to see his games.

Malcolm Miller was born as one of four children to parents: Robert and Sheila Miller. He is not only the basketball player from the family; his sister, Janell Thomas, played basketball at North Carolina Central. 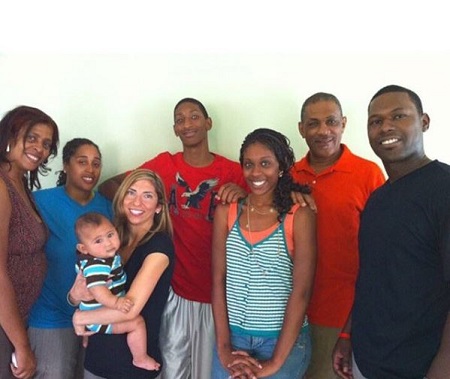 After going undrafted on the 2015 NBA draft, Miller was signed by the Boston Celtics for the 2015 NBA Summer League. However, he was later waived by the team and soon was acquired by the Maine Red Claws of the NBA Development League.

On 27th July 2016, he signed to the German Bundesliga and EuroCup side Alba Berlin.

For the 2017–18, he played for the Toronto Raptors of the NBA, signing the team's first two-way contract recipient. On 23rd October 2018, he was included in the training camp roster of the Raptors 905. By February 2019, he signed with the Toronto Raptors for his second stint with the team.