Mahmudul Hasan Joy is a Bangladeshi professional cricketer and is a significant player on the Bangladeshi International side. The Opening batsman Joy is popularly known for his Right-handed batting style of play for his national side. He debuted for Bangladesh Krirra Shikkha Protishtan in 2018-19 Dhaka Premier Division Cricket League on March 8, 2019.

Mahmudul Hasan Joy was born on November 13, 2000, in the beautiful town of Faridganj, Chandpur, Bangladesh, where he grew up with his parents. As passionate about cricket, he played in the 2020 Under-19 Cricket World Cup from a young age.

Mahmudul started playing cricket in the village of West Laura, and he grew up with his two siblings. He was close with his father, Abdul Barek and mother Hasina Begum. Additionally, he joined Bangladesh Krira Shikkha Protishtan.

As a youth, he represented Bangladesh's U-19 squad in the 2020 Under-19 Cricket World Cup, scoring a century against New Zealand. As a top clutch batsman, he debuted for the Twenty20 on December 6, 2020. He was named in the Emerging squad for the home series against Ireland Wolves a year later. 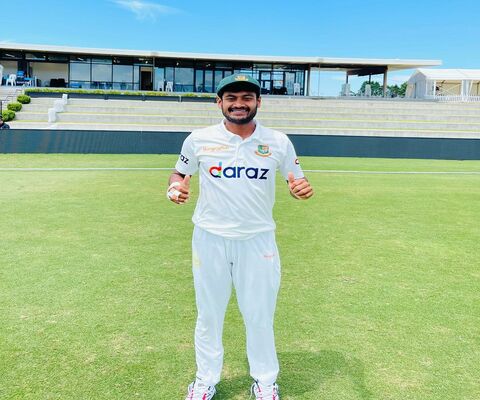 Joy made his Test debut on December 4, 2021, against Pakistan and later was named in Bangladesh's One Day Internation(ODI) squad against Afghanistan. The Bangladeshi cricket scored his first century in Test cricket against South Africa.

How Much Are Mahmudul Hasan Joy's Salary & Net Worth?

The Bangladeshi right-handed batter has been involved with the national squad for several tournaments, including his leagues. Playing for several competitive leagues directs Joy to have collected some good fortunes to date.

Mahmudul Hasan Joy has low salary levels paid by the Bangladeshi Cricket Board compared to other countries. Monthly salaries of Joy range from $10K approximately, which might increase considerably in the upcoming years. 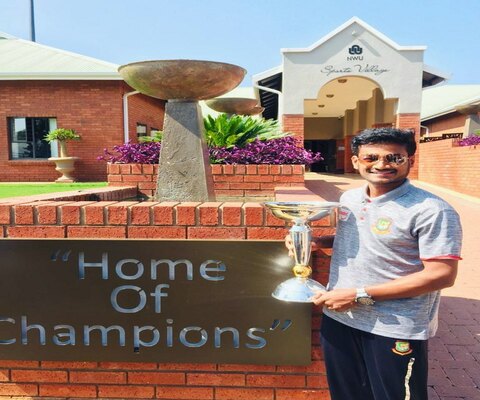 The Bangladeshi opening batsman lives a luxurious life and has improved his net worth for years. As of now, Joy's net worth is estimated to be $100K-$1 million approximately.

Joy is not married yet and is not involved in any relationship with any girls, and He is focused on his professional life rather than dating anyone as of 2022. He has always given his first priority to his cricket life.

Joy's Instagram is filled with posts that show his dedication to his professional life. There is not a single post that hints at Joy being in a relationship. The Bangladeshi opening batsman is single as of 2022, and on the other hand, he might be dating in private and waiting for the right time to flash to his fans.

Jot is active on social media and frequently posts about his professional and private life. The Bangladeshi batsman is active on Instagram under the username @mahmudul_joy_71, followed by 18.9K followers.