Magdalena Eriksson is a famous Swedish football player who is currently playing for the Swedish national football team as their full-back. She also plays for the Chelsea club which competes in the English Women's Super League. Previously she played for Linkopings FC, Hammarby IF, and Djurgardens IF.

Silver medalist of the 2016 Summer Olympics and winner of the UEFA Women's U-19 Championship Magdalena Eriksson, has an estimated net worth of $500,000 and further details regarding her salary and personal life are discussed below.

The average amount of salary per match is around 2000 SEK (£180/$238/€202) and the bonus amount per day is around £20.73 ($27.36/€23.24) which they receive if they are on international tours. Besides her national team career, she also plays for the Chelsea club and the club is known for paying a quite good amount of salary to its players.

Magdalena might receive a salary of around $50,000 annually from her club and after the addition of bonus and other incentives, her annual salary might reach around $100,000. Furthermore, she has signed an endorsement deal with the PUMA brand from where she receives a good amount.

Magdalena Eriksson is neither married nor engaged until now. She is a lesbian and is currently in a love relationship with her lovely girlfriend Pernille Harder. Additionally, her partner Pernille is also a Danish footballer by profession.

Both Magdalena and Pernille played together for Linkopings FC that is when they met each other for the first time. Magdalena and her girlfriend seem to be pretty much happy with each other and are currently enjoying their love life despite being a competitor in their professional life. 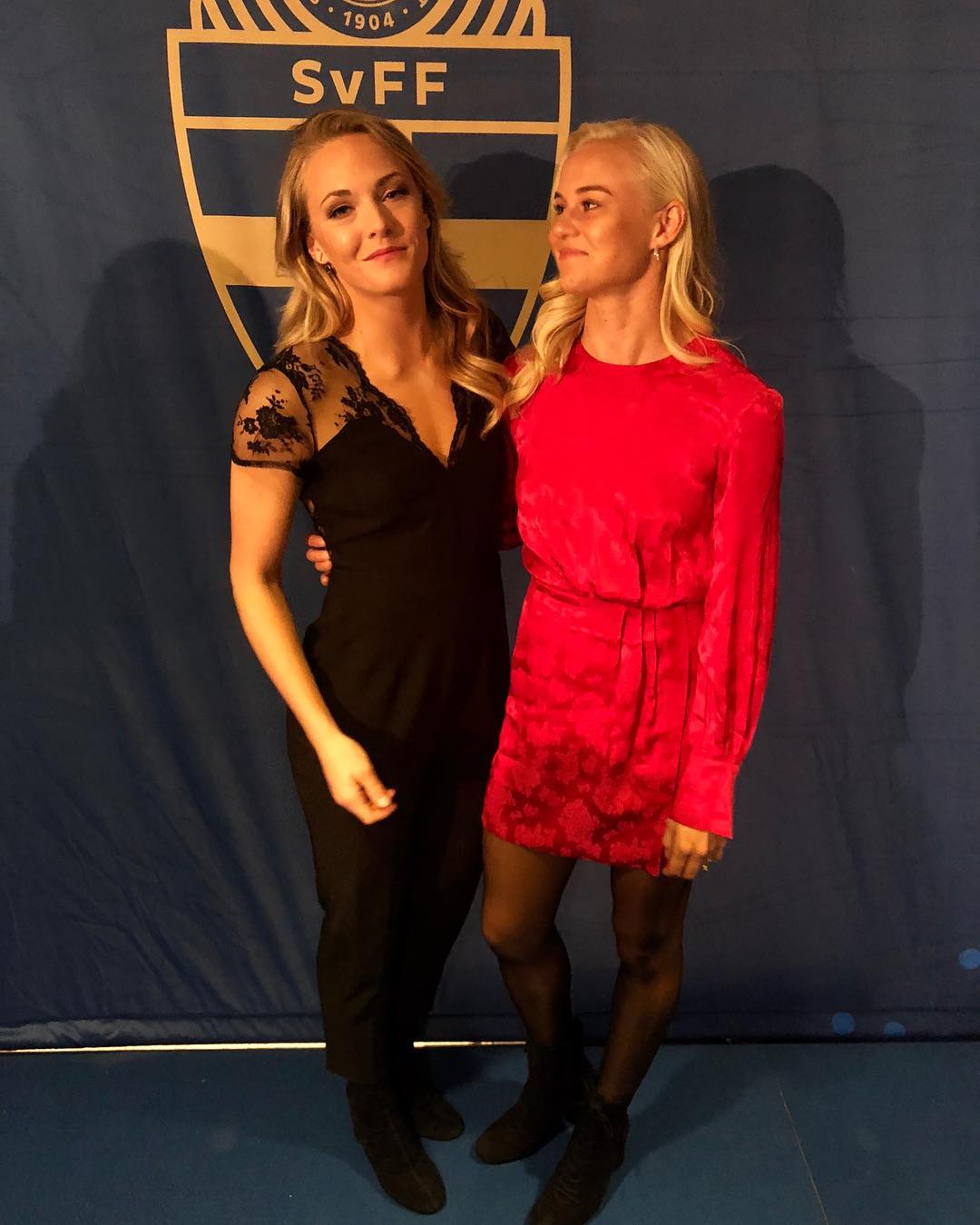 As per some of the sources, the couple is soon planning to get married but the exact information regarding their marriage is still kept a secret from the media. They both played for their country in this 2019 FIFA Women's World Cup. Eriksson and her girlfriend Permille doesn't seem to mind people discussing their personal life and about their sexuality.

Magdalena wished good luck to her partner and to support her she kissed her in the ground. Moreover, her social media is full of posts related to her career rather than her personal life.

Magdalena Lilly Eriksson is a popular footballer who has a lovely and cute smile and is 1.73m (5 ft 8 in) tall in height whereas her weight is about 66 kg(145 lbs).

Magdalena Lilly Eriksson was born in Stockholm, Sweden on 1993, September 8th.  Eriksson belongs to the white ethnicity and her nationality is Swedish. Information regarding her childhood, parents, and siblings are still under review.

She started playing football during her high school days and her early life facts are still missing. As a youth, she played for the teams like Enskede IK and Hammarby IF DFF.

Magdalena Eriksson is a famous Swedish football player who is currently playing for the Swedish national football team as their full-back or center back. She also plays for the Chelsea club which competes in the English Women's Super League. Previously she played for Linkopings FC, Hammarby IF, and Djurgardens IF.

Her national team is also the Silver medalist of the 2016 Summer Olympics and winner of the UEFA Women's U-19 Championship. Besides her national team career, she is also a quite popular face in the club games. She is in the 2019 FIFA Women's World cup squad alongside  Nilla Fischer, Elin Rubensson, Madelen Janogy, and Jonna Andersson.