Lukasz Fabianski is a professional football player who plays a goalkeeper for Poland National Football Team and for English Premier League club West Ham United. He wears number 1 jersey on his West Ham United jersey while playing for the club.

A famous goalkeeper of Poland who also played for the English team, Arsenal FC, has been representing his national team since 2006. He was also the member of the team in 2006 FIFA World Cup and Euro 2016 for Poland.

As of 2019, Lukasz Fabianski net worth is assumed to be in excess of $5 million.

His current market value is £4.50 million.

He is also the ambassador of several companies including  Bank Zachodni WBK. Besides, he also has a contract with Panini Aficionado.

Lukasz Fabianski,32 is happily living with his wife, Anna Grygier whom he married on June 13, 2013. The wedding ceremony was held in Szamotuly in Greater Poland. 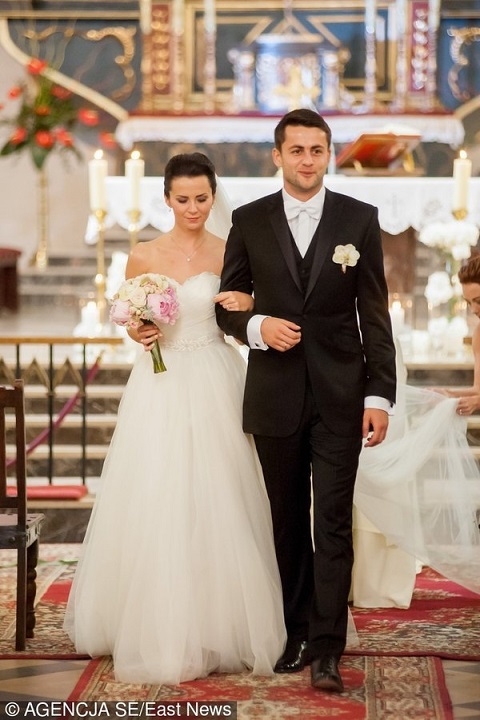 The couple knew each other since they both attended the same high school.

Together they have a son who was born in 2015. He is a totally devoted family man and especially loves his son very much.

The Polish goalkeeper was part of the team that won Ekstraklasa league in 2005-06. He was also awarded Best Goalkeeper of Ekstraklasa of Poland for two consecutive seasons, 2005-06,2006-07.

His impressive skills caught the eye the English Premier top team, Arsenal who he was transferred to on summer of 2007 for a fee of approximately $ 6 million. The move was confirmed by Arsenal manager Arsene Wenger.

Lukasz Fabianski made his debut for English club against Newcastle United on 25 September 2007. With the club, he was able to win the prestigious FA Cup during 2013/14 season.

After several seasons with Arsenal, he moved and signed with Premier League team during 2014, Swansea City and made his debut against Manchester United in the opening match of Premier League Season.

He was named the man of the match against his former club Arsenal. On July 6, 2015, he signed a new contract with Swansea city for four years.

After playing the U-21 team of Poland, Fabianski made his senior national debut for Poland against Saudi Arabia in a friendly match on 29 March 2006.

He has appeared in FIFA 2006 World Cup and played for Euro 2016 Poland ‘s team captained by Robert Lewandowski and managed by Adam Nawalka replacing injured fellow goalkeeper, Wojciech Szczesny as the side first-choice goalkeeper.