Lucas Rodriguez is a famous soccer player who is currently playing for D.C.United of the Major League Soccer (MLS) as their attacking midfielder and forward. Previously, he played for the Estudiantes and he was provided to the United team on loan by Estudiantes.

Lucas started his professional club career in 2015 with the Estudiantes and has collected a decent amount of net worth so far which is around $5 million. Further facts about his girlfriend, salary, and net worth are discussed below.

How Much Is Lucas Rodriguez Salary & Net Worth?

Lucas has been in his playing career for a long time so it is obvious that he has earned a nice amount from his career. His net worth is estimated at around $5 million as of 2019. Moreover, his career earnings are listed around $6 million.

As far as his annual salary is concerned, he is currently receiving a base salary of around $262,000 whereas his guaranteed salary is $298,550 in 2019. Apart from his annual earnings, his total estimated market value in 2019 is around 3.25 million Euros and his highest market value until now is also the same as €3.25 million.

Currently, he is in one year loan to the United team from Estudiantes and it is reported that his transfer fee might cost around $3 million and his international value is listed around $3.7 million. he is currently playing for D.C.United which is well known for paying a heavy amount of salary to its players and Wayne Rooney is the highest-paid player of the team.

Furthermore, there aren't any detailed pieces of information disclosed about his endorsements deals, sponsorships, and personal assets.

Who Is Lucas Rodriguez Girlfriend?

Lucas Rodriguez is a well-known sports celebrity who is quite famous among his fans and his personal life details are also a matter of discussion. Lucas is neither married nor engaged but he is currently dating his beautiful girlfriend  Lucia Kronig. 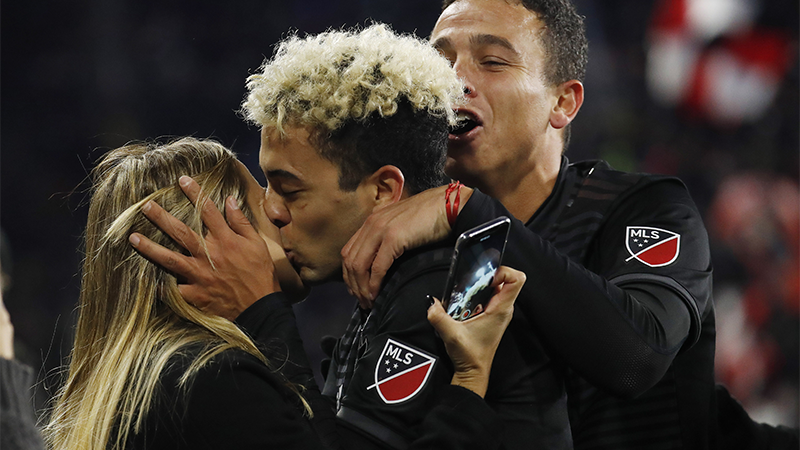 As per the sources, the love birds are together for quite a long time. Lucas and his girlfriend were spotted together several times and she frequently watches her boyfriend's games. Further facts regarding his girlfriend are still under review. 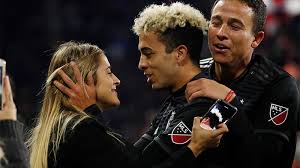 Lucas celebrated his first goal for United by kissing his gorgeous girlfriend. In addition to this, there isn't any information available regarding his past affairs. Comparing to his professional life, there aren't many facts disclosed regarding his personal life in the media.

Lucas Rodriguez was born as Lucas Ariel Rodríguez on April 27th, 1997, in Argentina. He holds Argentinian nationality and belongs to the white ethnic group. Information regarding his parents, siblings, and other educational qualifications are still under review.

Lucas started playing soccer from his early days as he is very much interested in soccer since his childhood.

Lucas Rodriguez is a famous soccer player who is currently playing for D.C.United of the Major League Soccer (MLS) as their attacking midfielder and forward. Previously, he played for the Estudiantes and he was provided to the United team on loan by Estudiantes.

He started his early career with the Estudiantes in 2015. His 1st debut match was against San Martín de San Juan where he replaced Carlos Auzqui in 78 minutes. Currently, he is playing alongside Joseph Mora, Bill Hamid, Ulises Segura, Ulises Segura. and many more.