His previous contract with Clippers was of 3 years worth $21 million that he signed in 2015. His annual salary at the time was $5 million.

It don’t clear until they hear it from the mouth

Louis Tyrone Williams is currently single after his split with his ex-girlfriend Rece Mitchell recently. He was involved romantically with 2 women, Ashley Henderson, and Rece Mitchell at the same time back in 2014. He was recently dating Rece Mitchell but the couple separated some days back in November 2018. 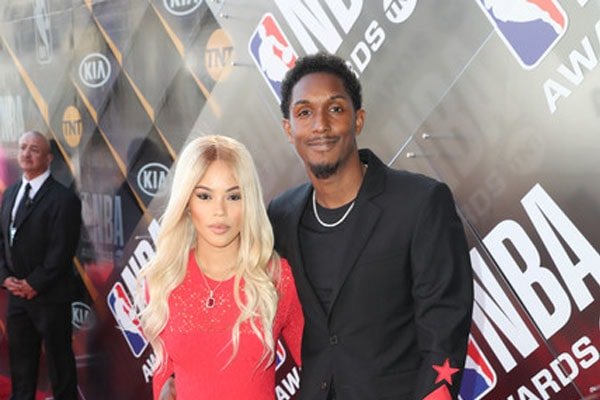 As per some sources, Rece dumped the NBA star and got close to her ex-boyfriend Drake. Lou was dating two girls at the same time and Rece was completely aware of it.

The couple has 2 adorable daughters, Zada Williams, and Zoey Williams.

Went a little sightseeing with my babies today. Taught em a lil history too

Other than being a famous NBA Point Guard, Lou Williams is pretty famous in social media. He has quite a massive follower of 640K in his Instagram and 191K on his official Twitter account.

Lou Williams is not only a world-class athlete but also has a very attractive individual. The Famous NBA star is 6 ft 1 in / 1.85 m in height and weighs around 175 lbs / 79 kg.

Louis Tyrone Williams was born on October 27, 1986, to father Willie Louis Williams and Janice Faulkner. As per his nationality, he is American and belongs to the African-American ethnic group. Further, his star sign is Scorpio. He grew up along with his siblings, Taurus Stinnett, FraShaundra Williams, and Shaun Haynes.

Lou Williams attended South Gwinnett High School in Snellville, Georgia where he played for his high school basketball team. After graduating high school he enrolled at a college where he continues his basketball.

Lou Williams was signed by Philadelphia 76ers with the 45th overall pick in the 2005 NBA draft. At the end of the 2007-2008 season, Williams has signed a 5-year contract worth $25 million to stay at Philadelphia. On July 12, 2012, Atlanta Hawks signed Williams and due to the injury, he couldn't play for rest of the season so he made his debut on November 20, 2013, and scored the highest point of his career with averages of 10.4 points, 3.5 assists, and 2.1 rebounds per game.

William was again traded to Toronto Raptors on June 30, 2014, where his performance was stunning and named as a 2015 NBA Sixth Man of the Year, became a first player to win the award from Toronto Raptors. Later he signed a 3-year contract worth $21 million with the Los Angeles Lakers on July 9, 2015. He was also the firstLakers player to score at least 38 points in successive games since Kobe Bryant in 2013.

On February 23, 2017, Williams was assigned by Houston Rockets in the 2017 first-round draft pick. However, the Los Angeles Clippers acquired Williams, Patrick Beverley, Sam Dekker, Montrezl Harrell, Darrun Hilliard, DeAndre Liggins, Kyle Wiltjer, and a 2018 first-round pick from the Houston Rockets in exchange for Chris Paul on June 28, 2017. He wore a jersey no. 23.