Lori Christine Chalupny is an American former soccer player who is the current head woman's soccer coach of Maryville University in St. Louis. As a player, he played as a defender for the Chicago Red Stars and the United States women's national soccer team. She is a gold medalist at the 2008 Beijing Olympics and a bronze medalist in the 2007 FIFA Women's World Cup hosted by China.

The midfielder has invested so many years as a professional football player and as a coach so probably her net worth is at around $1 million. She has been serving as an assistant coach for Maryville University, since 2015 where she is earning around $50,000 as an annual salary. 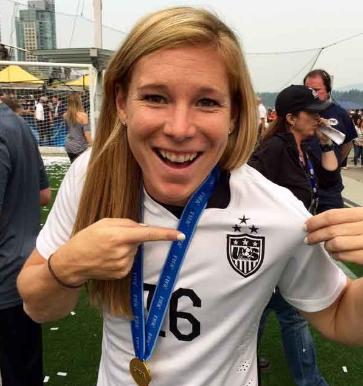 Before retirement, she has played for many clubs where her salary was $40,000 and also played for the national team in the Olympics through which she must have earned thousands of dollars.

Tied in a Knot with Caleb Lawson

The former midfielder, Lori exchanged wedding vows with Caleb Lawson in June 2017. The couple probably met each other at Maryville University where Lori was an assistant coach while her husband was an Athletic Travel Coordinator. 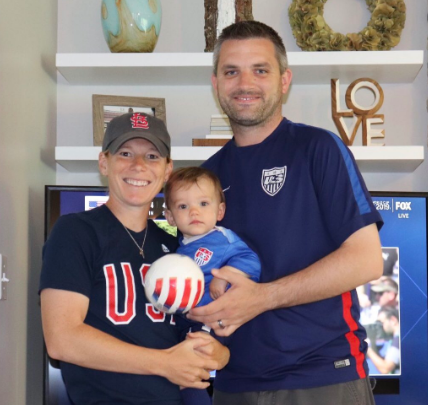 Currently, she resides in St. Louis, Missouri with her husband and with her beautiful daughter Lucy Lawson who was born in May 2018.

Who Is Caleb Lawson?

Her husband Caleb is the Director of JED Transportation Travel Group. He used to be Athletic Travel Coordinator and Assistant Basketball Coach of Washington University.

Her Husband is an expert in the detailed organization of travel managers who coordinates, supervises and implements every aspect of travel arrangements for athletic teams, executives, small or large groups.

As a player, Lori's work on the field was to score a goal and defend. She was good at her work and due to her exceptional skills, she has put St. Louis girls’ soccer on the map early in her career by playing her first game on the National Team at the astonishingly young age of 17.

Throughout 2002, she managed to win the U-19 World Cup. In the 2007 World Cup, she was a key member for the United States team to end up in the sixth position and Washington Post called Chalupny “The most complete and versatile player” on the U.S. team during 2010.

After representing her nation in Olympic and in World Cup champion, she retired from the game in 2015 and hired as a full-time women’s assistant soccer coach at Maryville University following the same year and stills serves for the same team.