Lonnie Walker is an American professional basketball player who plays in the National Basketball Association (NBA). As of 2019, Lonnie Walker IV currently plays for the San Antonio Spurs as their Shooting Guard. Lonnie Walker IV has played for other teams like Austin Spurs.

Playing as a Shooting Guard, Lonnie reportedly earns around $2,360,160 as his yearly salary from San Antonio Spurs and has an estimated net worth of over around $1 million. Furthermore, he is currently dating his girlfriend Emily Miller.

His salary for the 2019 season is reported to be $2,760,480 while DeMar DeRozan, Dejounte Murray, and LaMarcus Aldridge are among the highest-paid players of San Antonio Spurs.

Other than being a famous NBA Shooting Guard, he is pretty famous in social media. He has 126k followers on Instagram and 41.6k followers on his Twitter account.

Lonie is engaged in some charity works as well.

Lonnie Walker IV was born on December 14, 1998, in Reading, Pennsylvania. His father is Lonnie Walker III. As per his nationality, Walker is American and belongs to an Afro-American ethnic group. Further, Lonnie's star sign is Sagittarius.

Lonnie attended Reading High School in Reading, Pennsylvania where he played for his high school basketball team. Lonnie averaged 8 points per game in his debut game and later averaged 16.9 points as a sophomore.

During his senior year, he had an average career of 18.4 points per game and surpassed Reading High Grade and former NBA player Donyell Marshall's school record by 1,828 points.

Walker, in his high school career, held an average of 22 points and 8 rebounds as a senior.

After completing high school, Lonnie Walker IV enrolled at Miami and played for the Miami University. Walker made his college debut on 10 November 2017 in a 77–45 blowout win over Gardner-Webb University with 10 points and a season-high 5 assists.

Lonnie scored 25 points against Louisville, including an acrobatic layout in traffic to force overtime. He hit a 3-pointer in a match against Boston College with two seconds left to win 79-78. Walker completed the season with an average of 11.5 points per game. Later Walker declared for 2018NBA Draft.

On 21 June 2018, Walker was selected by the San Antonio Spurs in the 2018 NBA draft with the 18th overall pick. He was later included in the Spurs roster of the NBA Summer League in 2018. The Spurs announced their signing with Lonnie on 11 July 2018. 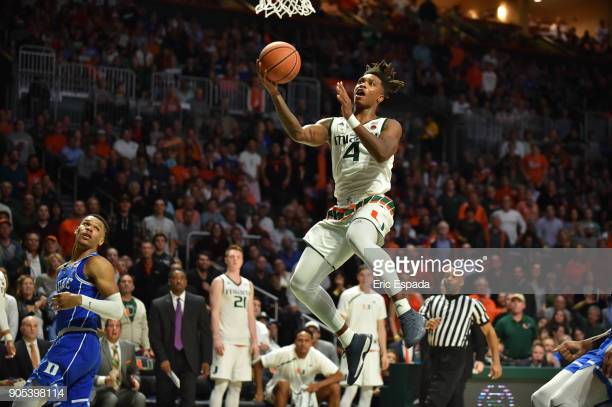 CAPTION: Walker IV of the Miami Hurricanes drives to the basket. SOURCE: Gettyimages.com

Walker was shown to have a right medial meniscus tear on 6 October 2018. On 25 November 2018, the San Antonio Spurs entrusted Loonie with the Austin Spurs for the first time in the season. Some of his team-mates from San Antonio Spurs are Bryan Forbes, Devis Bertans, Marco Belinelli.