Bryn Forbes is an American professional basketball player. He currently plays for the San Antonio Spurs of the National Basketball Association (NBA).

Forbes played college basketball for Cleveland State and Michigan State, where he was a reliable three-point shooter. Forbes has two children from his previous relationship with girlfriend Raelynn Taylor. Forbes can play point guard as well as shooting guard positions.

Bryn Forbes Net worth and Salary

As of 2021, Bryn Forbes has an estimated net worth of around $3 million. Starting his basketball career during high school, Forbes is still active in the same field. Currently, he plays for the San Antonio Spurs of the NBA.

Moreover, Forbes might have further earned money from his college basketball career.

Bryan Forbes is not married yet and is not dating anyone currently. However, he previously dated his girlfriend Raelynn Taylor. The couple is the high school sweethearts. Forbes met Taylor while attending Sexton High School. 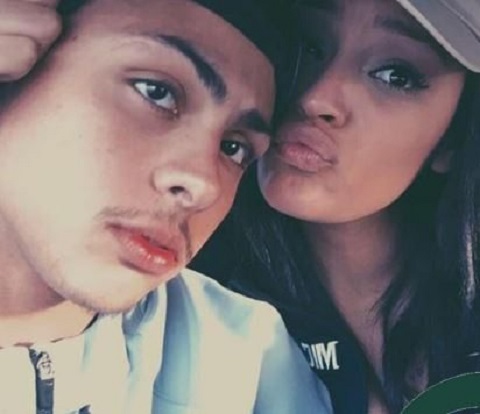 From their relationship, the pair had two children. Their first child, son Carter Forbes was born in August 2013. Similarly, they welcomed their second son Leo Forbes in 2016. However, even being the parents of two kids, the duo failed to continue their relationship and later separated. 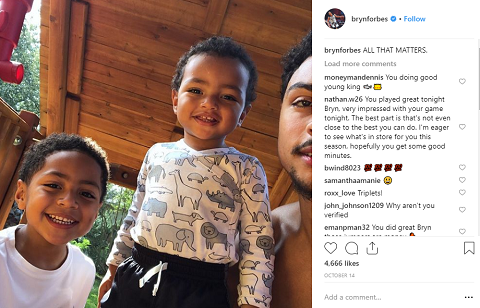 Since their breakup, Forbes is still single and currently lives with his sons. He is one of the loving and caring fathers. Forbes frequently shares adorable photos of his children on his Instagram.

Besides this, there are no records as well as rumors of Forbes's other affairs and relationships.

Bryn Forbes was born on 23rd July 1993, in Lansing, Michigan, United States. His parents are father Brandon Forbes and mother Sue Forbes. He holds an American nationality and is of African-American ethnicity. 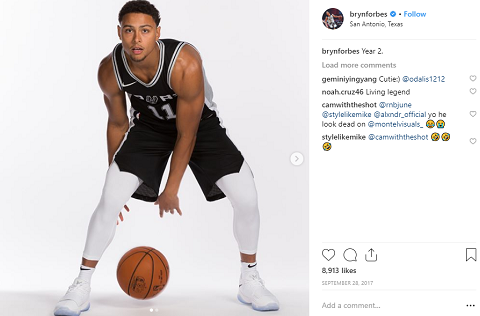 Bryan Forbes averaged 13.6 points per game during his junior season at high school. Similarly, during the senior season, he averaged 19.0 points, 5.0 rebounds, and 3.0 assists. Forbes was even ranked 92nd best shooting guard in the nation and 77th best player in the Midwest Region.

While playing for Cleveland State Forbes averaged 12.7 points, 3.5 rebounds, and 1.2 assists as a freshman. Furthermore, in his sophomore year, he played 32 matches averaging 15.6 points, 3.1 rebounds, and 1.7 assists. In the same way, Forbes further played for Michigan State.

In the 2016 NBA draft, Forbes remained undrafted so he joined San Antonio Spurs for the 2016 NBA Summer League. He signed for Spurs on 14th July 2016.