Playing as a Power forward/ Center, Bertans reportedly earns around $7,250,000 as his yearly salary from San Antonio Spurs and has an estimated net worth of over $10 million. Regarding his personal life, he is married.

Davis Bertans so far has made good earnings from his entire NBA career.

Kept aside Davis Bertans financial earnings, his personal assets include a Home as well as cars. Further, the NBA Player Davis Bertans earns a good amount of money from various sponsorships.

Some of the highest-paid players of San Antonio Spurs are Rudy Gay, Marco Belinelli, DeMar DeRozan.

The Famous NBA star Bertans is 6 feet 10.5 inches tall in height and weighs around 103 kg (227lbs). Davis Bertans is not only a world-class athlete but also a very attractive individual.

Other than being a famous NBA Power forward/ Center, Davis Bertans is pretty famous in social media. He has huge followers on Instagram and Twitter account. He also has a lovely dog named Rocky.

Versatile TRX workouts, you can use anything to make it tougher ??

Davis Bertan is married to the native of Latvia, Anna Sonka. After several years of dating, the couple tied the knot in summer 2017 and lived in San Antonio, Texas. Anna Sonka also played high-level basketball, just like her famous husband.

Davis Bertans was born on 12 November 1992, in Valmiera, Latvia to parents Dainis Bertans and Dina. As per his nationality, he is Latvian and belongs to the White ethnic group. Further, his star sign is Scorpio. He spent his childhood with his older brother Dairis Bertans.

Dainis, Davis's father, was a professional basketball player and currently serves as a youth team coach. During her heyday, his mother was a high - level rower and is now a gym teacher.

Dairis Bertans, his elder brother, is also a professional basketball player. He started his career in his hometown of Valmiera and is playing in Europe today. Details regarding Bertans education were not found.

Bertans signed a multi-year deal with Union Olimpija after starting the 2010-11 season. Later on, with the 42nd overall pick, Davis was selected by Indiana Pacers in 2011 NBA Draft. However, his rights were traded to the San Antonio Spurs.

Davis signed a three-and-half-year contract with Serbian Club Partizan Belgrade in 2012 and he remained out of the court for nine months due to the knee injury. 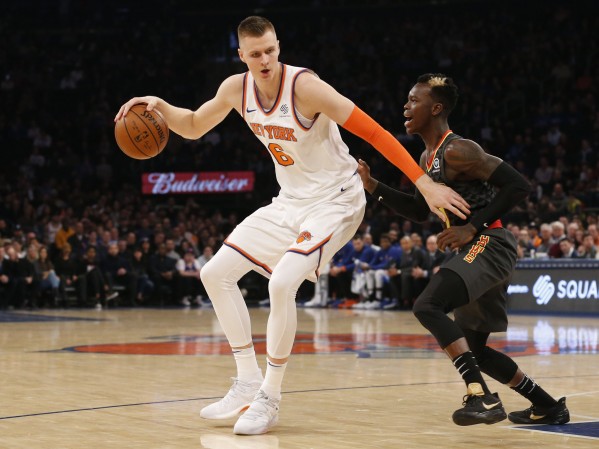 Davis ended his contract with Partizan and signed a 3-year contract with Laboral Kutxa Baskonia on July 2014. During his time with Laboral, he has to leave the game for 8 months due to the knee injury again on March 26, 2015.

Bertans averaged 11.0 points, 2.9 rebounds, and 11.4 points in Euroleague and Spanish League respectively. Later on, Davis and Laboral agreed on a contract buyout.

He also played for his native country Latvia at EuroBasket 2011 averaging 5.6 points and 2 rebounds and at the EuroBasket 2017 averaging 14 points, 3 rebounds, 2 assists per game.

Facts and stats of Davis Bertans