The thirty-four years is currently dating her boyfriend, P.K. Subban. As of 2019, Vonn's net worth is approximately $6 million.

Lindsey Vonn Net Worth and Endorsement; How much does she Earn?

Lindsey Vonn has an estimated net worth of $6 million as of 2019, mostly earned through her Ski career. Further, her career earning from prize money is recorded to be around  $1.4 Million.

In 2013-14, her annual income was about $3 million including her prize money and endorsement amount.

It’s Monday folks! Get your game face on and get after it! #newweeknewgoals @michaelmuller7

In 2013, she signed endorsements with Head, Oakley, Red Bull, Rolex, and Under Armour, which is the additional source of her earnings. 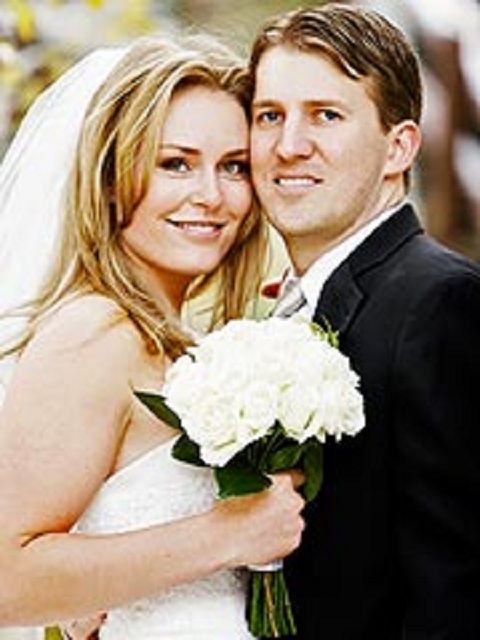 The couple spent four years together and later decided to end their marital relationship and eventually divorced on 9th January 2013.

Later, she met golfer Tiger Woods at a charity event in 2012. Vonn and Woods started dating each other in March 2013 and split in May 2015.

She then briefly dated Canadian actor Alexander Ludwig in 2016. After tragic separation with Ludwig, Vonn had an affair with Kenan Smith in November 2016. However, the couple broke up in November of 2017.

Currently, she is in an open relationship with Ice hockey defenceman, P. K. Subban. The two often shares the adorable picture via their official socials.

A native of Saint Paul, Minnesota, Lindsey Vonn was born on 18th October 1984 to Linda Anne and Alan Lee Kildow. Her birth sign is Libra. Vonn holds an American nationality and belongs to Norwegian ancestry. She grew up with her four siblings in  Burnsville, Minnesota. She has two brothers named Reed Kildow and Dylan Kildow, and two sisters named Karin Kildow and Laura Kildow.

At the early age of two, Vonn started skiing and subsequently moved to Erich Sailer’s prominent development program at Burnsville’s Buck Hill. Her father, who had won a national junior title before a knee injury at 18, motivated Lindsey to work hard.

At 10, Vonn met Picabo Street, an Olympic gold-medalist racer, whom she considers her paradigm and idol. He later served as her skiing mentor. She is a graduate of the University of Missouri High School, a distance K-12 high school for Distance and Independent Study.

Lindsey pursued her skiing career as a child at Buck Hill Ski and Snowboard in Burnsville, Minnesota. Later, she attended lessons at Ski Club Vail, an alpine racing program, afterward extended and renamed into Ski & Snowboard club Vail that taught skier from age 6 and up.

During her first year at the club, Vonn skied under Coach Colby S. Scudder, who was the only female coach in Ski Club Vail. The following year, she moved into the age class program and skied under Alpine Ski Coaches Gus Pernetz, Todd A. Rash, Chip Woods, and Reid Phillips.

Lindsey Vonn made her first Olympic debut in 2002 at the age of 17. She won a silver medal at the U.S. Alpine Championships at Mt. Alyeska Resort, Girdwood, Alaska, in 2004, and also competed at the World Championship held in Bormio, Italy in 2005. She was finished third in the Women's World Cup held in Åre, Sweden in 2007.

A little windy, a TON of fun!! Back in the mix #illbeback

Due to her injuries, Vonn missed several seasons, including almost all of 2013 and 2014. Before she returned back in 2015, she also served as an NBC news correspondent, covering the 2014 Winter Olympics in Sochi, Russia.

On February 10, 2019, she retired after winning a bronze medal in women's downhill

Lindsey Vonn has made her appearances on the numerous TV shows including The Today Show, The Late Show with David Letterman, and Access Hollywood. On 24th of May 2010, she made her appearance as a guest star in the final series episode of Law & Order.

Vonn came into sight in the Sports Illustrated Swimsuit Edition which featured Olympians from the 2010 Winter Games where she was photographed nude except for body paint which ultimately ranked her no. 59th on Maxims Hot 100 list 2010.