Lindsay Rhodes and Matt Rhodes are the Parents of two Children. How is their Married Life going? 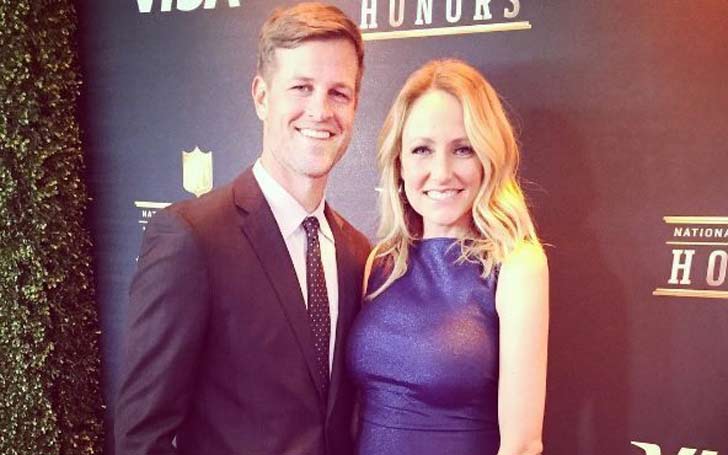 Lindsay Rhodes is indeed the familiar face in NFL broadcasting. The American sportscaster, journalist and TV personality, Lindsay, born as Lindsay Overman-Soto, currently serves as a host and reporter in the NFL Network alongside reporter Melissa Stark and Chief Correspondent Andrea Kremer. Besides her busy and successful career, Lindsay, a lovely mother, and wife seem quite successful to maintain the balance in her personal life as well.

Lindsay, famed for her professional work, is also in the limelight for her happy married life with her mysterious husband Matt Rhodes. The couple is the parents of their 2 children. Wanna know more about the couple's relationship, married life, and their children? Scroll down.

The married life of Lindsay and Matt Rhodes

When the talk about the NFL comes, Lindsay seems to be forward in revealing all the information, but she turns out to be the opposite when it comes to her love life. Well, the lovely couple, Lindsay and Matt, are still quiet about the detail of their relationship beginning and dating.

But, their love story which has led them to marriage has become of greater concern of all. Lindsay and Matt got married on February 19, 2012, however, the detail of the wedding venue and the guest list of their marriage is not disclosed to date. 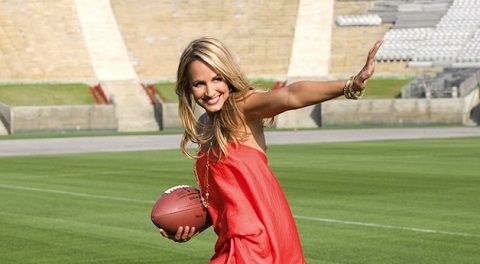 Probably, the couple tied the knot in a private ceremony within the surroundings of their close friends and relatives.  And soon after their marriage, Lindsay took (let's say stole) the surname of her husband and tweeted about the issue on her Twitter.

Really, the steal of surname after the marriage is the most loved and romantic one, have a look.

Marriage. It's a name changer.

Well, talking about Lindsay's husband Matt, not much information about him or about his profession is revealed. Reportedly, Matt loves to play golf a lot and is the fan of UCLA.

Moreover, the couple is deeply and madly in love with each other and Lindsay who is estimated to have the net worth of $1.2 million, lesser in comparison to Chris McKendry ($2.4 million net worth) often tweets about her husband.

Just watched last night's GOT. One of my favorite episodes to date. My husband started Veep right away. I haven't heard a word. Can't focus

Some dissimilar interests between the couple, but unlike poles attracts each other, you know.

It's normal that the celebrities, getting caught by the rumors these days. Yeah, the couple was once rumored to have divorced, but the rumors got a vast blowout with the couple's strong relationship came in the action.

Furthermore, the couple can be seen sharing lovely moments on the social media. Also, the couple is free from the mishaps of divorce and past affairs as well.

And the love of the couple seems to have grown much stronger after sharing 2 sons together. Let's know more about the couple's children below.

As mentioned above, Lindsay and Matt are the parents of their son and a daughter. After 2 years of their marriage, the couple welcomed their first son in 2014, however, the name of the charming boy is not disclosed.

Then in 2017, the family of 3 turned out to be family of 4 with the entree of their daughter. Lindsay and Matt became parents for the second time after welcoming their daughter, Clayton Lee Rhodes in May 2017.

Last weekday to spend staring at my sweet baby girl. Back to NFL Total Access on Monday. ??/??

And currently, the happy family are seen with a bright joy in their face sharing memorable moments. Have a look at the family moments.

Happy Fathers Day to all the Dads out there... especially the best "Biggie" to my "smalls" that I could have hoped for. #justlikedaddy ??

Best wishes and a lot of happiness for this happy family.

Who is Oriana Sabatini? Oriana Tested Positive for Coronavirus with her Boyfriend Paulo Dybala 2 weeks by Jack Ol