Liam Broady is a professional tennis player who currently plays on the ATP Tour. In 2010, he won the Doubles at Wimbledon, pairing with Tom Farquharson and the Boys' Doubles at the Australian Open with Joshua Ward-Hibbert. At single, he reached finals at Wimbledon 2011 and US Open 2012, reaching at No.2 in the junior world rankings.

Stockport, England native, Liam Broady was born on 4th January 1994, under the star sign Capricorn. He is the son of Simon Broady and Shirley Broady. Further, his elder brother, Naomi Broady is also a tennis player. His other siblings are sister, Emma, and a brother, Calum.

With total career earnings of $813,871, Liam Broady is ranked 181st in the ATP Prize Money Leaders. In the list, Novak Djokovic, Stefanos Tsitsipas, and Medvedev Daniil are ranked 1st, 2nd, and 3rd respectively.

Besides the prize money, a pro tennis player has endorsement deals and sponsorships. He is the ambassador of a sports brand, BIDI BADU. As of 2021, Liam Broady's net worth is $0.5 million.

When it comes to his love life, Liam Broady is a quite confidential person. To date, no media has discovered his relationship and girlfriend. It would be unfair if we say he is single to date but the thing is Liam has maintained a low-key personal life. 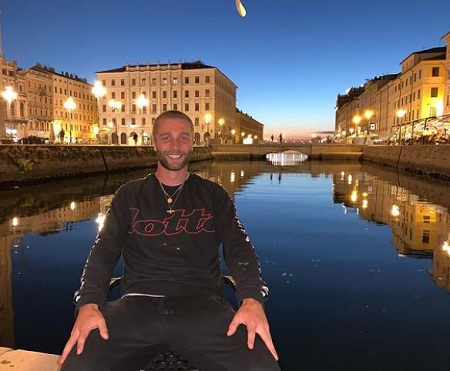 Scrolling through his Instagram, Liam seems to be a travel freak. He has posted various pictures from his vacations.

At the age of 15, Broady started playing on the Futures Circuit in 2009 in both singles and doubles. In July 2009, he won his first main draw singles match against Duncan Mugabe at the GB F8 in Felixstowe.

The following year, he beat four adult players on the Futures Tour.

In February 2011, he made it to the semifinals of the France F3 in Bressuire. Later four months, he won his first doubles title with Dan Evans at the Chiswick GB Futures F11.

In November 2012, he reached the semifinals of the USA F30 in Florida.

In 2013, he made it to three singles and seven doubles finals at Futures level, winning one singles title and four doubles, pairing up with Joshua Ward-Hibbert. That same season, Broady started competing more regularly on the Challenger Tour.

In 2014, his ranking rose up 271 places from 470th at the beginning of the year, becoming the 3rd ranked British player. In February, Broady won the Great Britain F1 Futures held in Glasgow.

In 2017, he was a runner-up in the Las Vegas Tennis Open, an ATP Challenger Tour event. In February 2018, he made his Davis Cup debut representing Great Britain.

After a long break due to the COVID-19 pandemic, Broady began the new season well reaching consecutive ATO Challenger finals. Further, he qualified for the first round of the Miami Masters main draw. On 19th April 2021, he reached a career-high ranking of No. 137.

IN May 2021, he played in doubles in the Italian Open in Rome, partnering with Andy Murray. In the second round, the duo was beaten by Kevin Krawietz and Hora Tecau.