Leon Rice is a well-known American college basketball coach. He has been working as the head coach since 2010. Rice is the head coach of the men's basketball team of Boise State University who led his team to the 2015 Mountain West Conference Title in 2015 and also won the Coach of the year award.

Leon Rice was born Leon Paul Rice on November 25, 1963, in Richland, Washington. He is yet to share his early life and his parent's information. Rice holds American nationality and is of white ethnicity. Leon enrolled at Washington State University and completed his undergraduate in 1984.

How Rich is Leon Rice? (Net Worth, Salary, and Earnings)

Rice has been earnings a reasonable sum from his successful career as a head coach. A head coach earns a good amount through several incentives like reaching the semi-final and final tournament. Leon has an estimated net worth of $5 Million. He has an annual salary of more than $750,000. 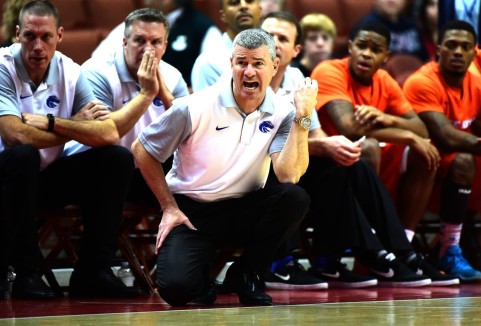 Leon has been working as the head coach of Boise State SOURCE: News Talk

In 2018, Leon signed a five years deal with Boise State University worth $3.75 Million with the base salary reported to be $400,000. In his first year, he earned $700,000 as his total salary with an increment of $25,000 annually. His contract expires in the 2022/23 season. Juwan Howard and Jim Christian are two famous American college basketball coaches with a net worth of more than $10 Million.

Married Life of Leon Rice; Know About His Wife and Children

Leon tied his wedding knot with Robin Rice in the early 1990s. They had been dating each other for sometime before their marriage. As per sources, they had a private wedding ceremony in his hometown Richland. Nothing much about their first meeting instance is shared in the public. 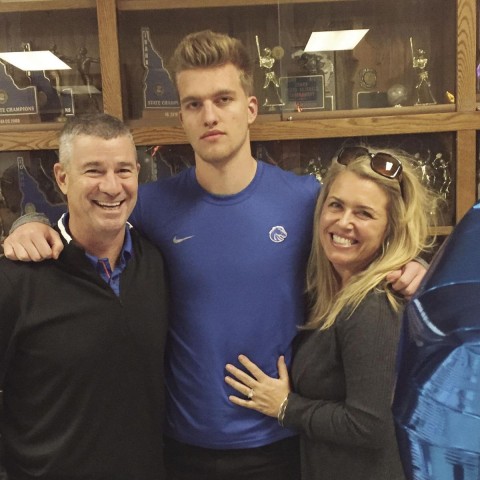 Leon with his wife and their son, Max SOURCE: Idaho Press

Leon and Robin are the proud parents of three children, Brock, Max, and Kade. Their eldest son, Brock, completed his freshman basketball season at Northwest Christian University. His second son, Max, is currently playing for his father's basketball team at Boise State. The family of five is living a happy life.

After graduating from University in 1984, Rice tried his luck with numerous jobs. In 1989, he started working with the University of Oregon's basketball team as their assistant coach. After working there for three-season, in 1992, Leon moved to Northern Colorado for the same position.

Like that of his previous university, Leon signed with Yakima Valley CC in 1996. In 1998, Gonzaga University offered him to work as their assistant coach. Rice resigned with Yakima and transferred to Gonzaga. He worked with the team until 2010 for thirteen seasons. In 2010, Rice replaced Greg Graham as head coach of the Broncos. In his first season as head coach, he led Boise State to the 2011 WAC Men's Basketball Tournament and the 2011 College Basketball Invitational semifinals.

In 2015, Leon led his team for the MW regular-season Championship final and won the title. In the 2020/21 season, His team reached the quarterfinal of the NIT Championships.