Jim Christian was born James Patrick Christian on February 6, 1965, in Bethpage, New York. Jim came to the limelight only after his successful years with basketball, so there is no much information about his early life and parents. Jim graduated from the University of Rhode Island with a bachelor's degree in consumer affairs.

Jim Christian has an estimated net worth of more than $10 Million. He has accumulated most of his net worth through his successful career in college basketball. He was one of the highest-paid coaches during his early tenure with the college. Christian had a salary of $1.375 Million until 2020. 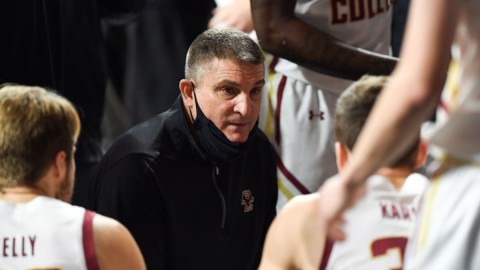 CAPTION: Jim along with his former team of Boston Celtics SOURCE: Boston Globe

Christian signed an $8 million deal with Boston College for five years in 2014. In 2018, Christian signed a two-year contract extension to remain at Boston College through 2021–22. In his second tenure, Jim received $1,463,235 as his salary. In 2020, John Calipari was the highest-earning College basketball coach with an $8 Million in wages.

Jim is a married man living a happy marital life with his wife and his children. Jim tied the wedding knot with his longtime girlfriend, Patty Christian in the summer of 2005. 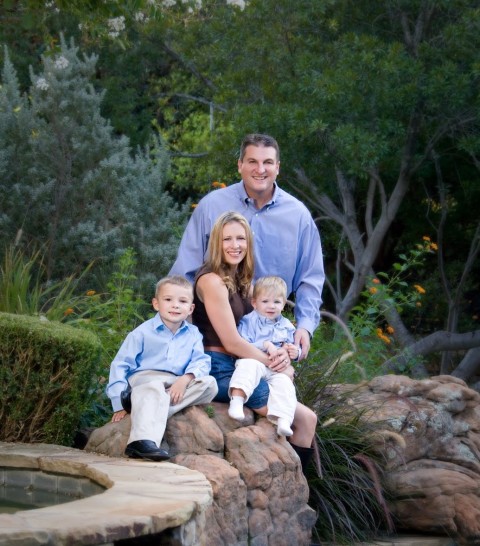 Jim with his wife and two children SOURCE: Inquirer

From this happy marriage, Jim and Patty have three children, MacKenzie, Zach, Jay. The family of five is living a peaceful life. Jim regularly takes his wife and his children to his games.

Career as a College Basketball Coach

Christian started his career as a basketball player playing for the Boston University from 1983 until 1985. After graduating from the University, Jim played for a year at Sydney City Comets. He retired as a player and joined Western Kentucky in 1990 as their assistant coach. He worked there for three seasons and then moved to Saint Francis. Christian worked with other universities likes Miami, Pittsburgh, Kent State.

In 2002, Kent State hired Jim as their head coach. He worked with the team until 2008 and moved to Texas Chrisitan University. He left in 2012 and then moved to Ohio State University. After working there for three seasons, Christian joined Boston College. He signed a four-year deal until 2018.

In 2019, Boston extended its contract with Jim for four years. However, in early 2021, Boston fired Christian from the team. He has a coaching record of 320-286. During his time with Kent State, his team won Mac Tournament twice and MAC East Division five times.