Everson is a native of Pindamonhangaba, Brazil, who is famous for his amazing goalkeeping skills. He plays as a goalkeeper for Atletico Mineiro. His football career started with AA Ferroviaria, and he later became a part of multiple teams.

The professional goalkeeper, Everson, is a happily married man who lives with his beloved wife, Rafaela Vieira. Everson and his girlfriend turned wife, Rafael, have been sharing the relationship of a husband and a wife for many years. On May 15, 2022, the pair posted an image on their social media account on the occasion of their 12th marriage anniversary. 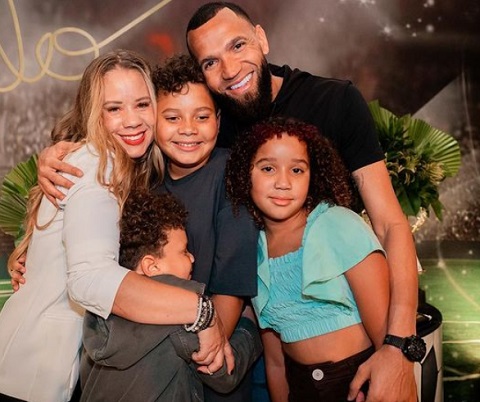 Everson with his wife and their loving children SOURCE: Instagram @goleiroeverson

Considering the post, we can say that Everson and his wife have been married for more than a decade, and their relationship is still growing more potent than ever. Furthermore, Rafaela is also an Instagram user who is registered as @rafaelaviesi3.

Being married for over ten years, the lovely pair have already started a family of their own. Everson and his wife, Rafaela, share three children together, and their names are Marcos Paulo, Melissa Rafaela, and Rafael.

Everson's Massive Deal With Atletico Mineiro – His Salary & Net Worth

Currently, Everson is playing for Atletico Mineiro, and he joined the team on September 11, 2020. After joining the team, Everson received a deal worth €1.00m. According to Salary Sport, he earns £6,300 per week and £327,600 per year while playing for his current team.

Previously, he played for Santos, and when he joined the team, it was rumored that Everson received a fee of R$ 4 million. As per the report given by Transfermrkt, Everson has a massive market value of €3.00m. His income is still growing, and he is also on the way to representing the national football team. 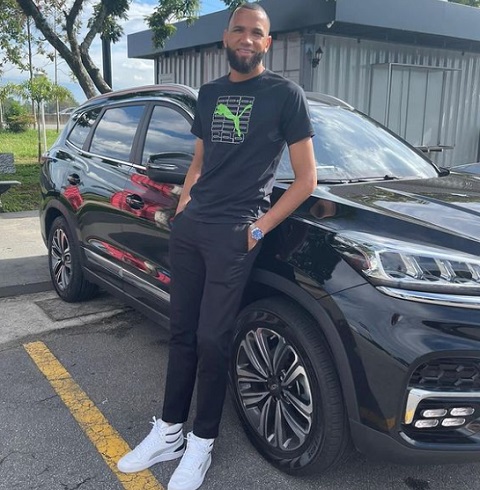 Everson posing in front of his car SOURCE: Instagram @goleiroeverson

Apart from that, Everson also makes money from brand endorsement deals. As of now, he is working with Puma.

When Everson joined AA Ferroviaria, his career started, and just at the age of 13, he moved to Sao Paulo FC's youth setup. Everson spent most of his time in Sao Paulo. He also played on loan with Guaratingueta in three games. From 2010 to 2013, Everson played with the same team. On January 2, 2014, he signed for River and represented them in 14 games. 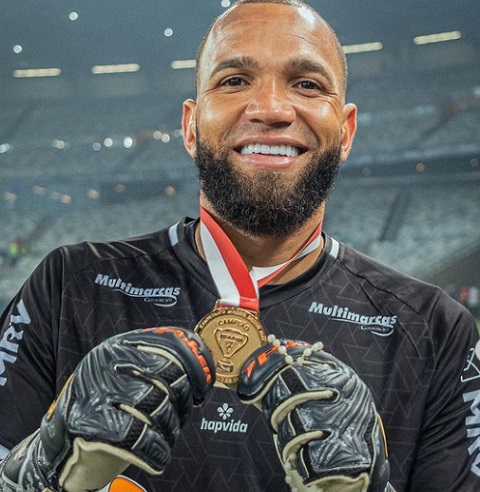 For the 2014-15 season, Everson played for Confianca and appeared in 38 games, scoring one goal. Also, the goalkeeper made 163 appearances for Ceara and scored a goal. On January 24, 2019, Everson signed a four-year contract with Santos and played with them until 2020, making 43 game appearances.

Born on July 22, 1990, Everson Felipe Marques Pires grew up in Pindamonhangaba, Brazil. So, Everson holds Brazilian nationality, and he stands at the height of 6 feet 3 inches (1.92 m).

As Everson has kept his family background away from the media, we are unknown about his parents' information too.