Artur Victor Guimaraes is a professional football player hailing from Brazil who plays for Red Bull Bragantino as a forward. The Fortaleza native has been with the team of Red Bull Bragantino since 2020, but before that, Guimaraes played for various clubs, including Palmeiras. Meanwhile, he is also a national player who has been a part of numerous games representing the Brazilian national team.

Further, the 5 feet 6 inches tall footballer wears jersey number 7 on his current team. Besides, Guimaraes is considered one of the most prominent players on his team as he has outstanding playing skills. Not only that, but Guimaraes has also made a great contribution to his team in winning various titles.

Guimaraes makes most of his gains from being a professional football player. In Brazil, a football player has an average salary of $375 per month. So, we can say that Guimaraes may earn above the average wage as he has been playing football for a long time.

According to Transfermrkt, Guimaraes' market value is €10.00m. In the past, Guimaraes also played for various teams with whom he had outstanding deals. When he joined Red Bull Bragantino, Guimaraes had an agreement of R$ 25 million.

Besides that, Guimaraes also makes money from sponsorship and endorsement deals. Currently, he is associated with Un1que football. No doubt, Guimaraes' income will rise in the future as he is still playing football actively.

Love Life: Does Artur Have A Girlfriend?

Moving into his personal life, Guimaraes is very private, and he has not shared much about his love life. So, there are no records of Guimaraes being involved in romantic affairs. In the past, the professional footballer has not been engaged in any rumors or controversies regarding his love affair.

In addition to that, Guimaraes also does not features his lifestyle on social media, making it more challenging to know about his girlfriend. Besides, secrecy is the best spur for buzzes, and this makeshift rule seems to apply to Artur's love life.

Guimaraes was interested in playing football from an early age. So, following his dream, he joined Ceara's youth setup. And in 2015, he moved to Palmeiras, with whom he signed a new five-year contract on October 21, 2016. His first team and Seria A debut came on December 11, 2016, playing against Vitoria. For the 2017 season, he played for Novorizontino in the Campeonato Paulista.

And in Serie B, he played for Londrina. And for the 2018 season, Guimaraes came back to Palmeiras, with whom he renewed his contract on January 8, 2018. Despite that, he just made a few appearances. Later, Guimaraes got a chance to work for another team, and on January 4, 2019, he moved on loan to play for Bahia. 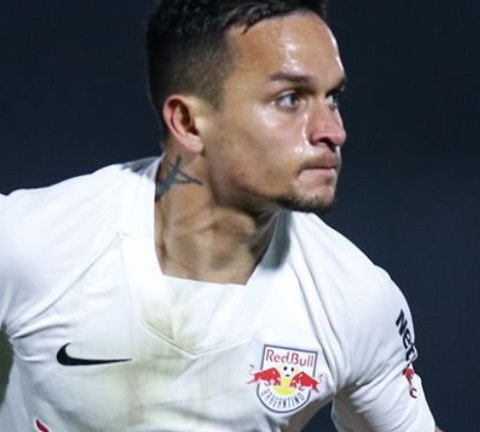 Artur plays a forward for his team SOURCE: Twitter @Actu_Barcelona

After that, Guimaraes signed a five-year deal with Red Bull Bragantino on January 8, 2020. He made headlines on the internet when he scored a goal from the penalty spot in Red Bull Bragantino's 2-0 win over Club Libertad on September 22, 2021. Apart from that, he represented the Brazilian national team at various levels. After playing for the under-20 and under-23 levels, Guimaraes received a call to the full side in September 2021 to play against Argentina and Peru in FIFA World Cup qualifying games.

Artur Victor Guimaraes was born on February 15, 1998, making his age 24 years as of 2022. The Fortaleza native holds Brazilian nationality, and he peaks at an average height of 5 feet 6 inches (1.68m). When Guimaraes was just three years old, he moved to Campo Maior, Piaui, with his parents.

And when Guimaraes became ten years old, he moved back to his native place. As Guimaraes is a private person, we are unable to share details regarding his family background. Due to this reason, the information about his father and mother also remains a mystery.

Moving onwards, Artur is available on Instagram, and we can follow him under the username @arturvictor08. At the time of this writing, Guimaraes has gained more than 229k followers. Not only that but Guimaraes' account is also verified. 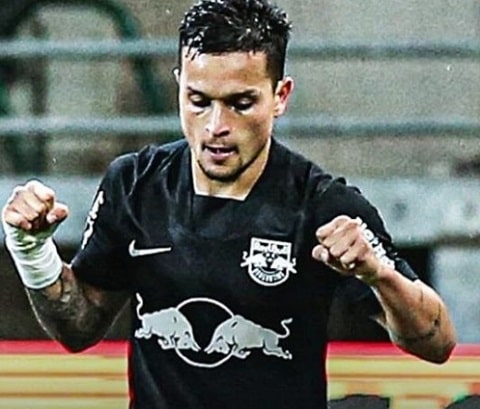 However, Guimaraes has not made a single post at the time of this writing. Apart from that, we can get updated regarding his professional life by following some news portals.