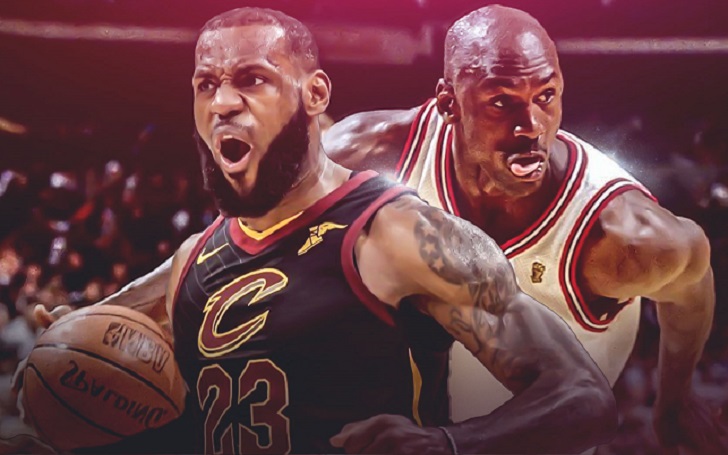 Former Cleveland Cavaliers star LeBron James is often compared to basketball legend Michael Jordan on GOAT debate. LeBron is slowly closing the gap with the former Bulls star. However, the recent survey conducted by CBS Sports shows a huge gap between the two of the Greatest basketball players.

CBS Sports college basketball writers polled 100 college coaches asking to choose between LeBron and Jordan. The 55-year-old former player Jordan easily won the contest with 82% of votes on his favor.

One of the voters clarified his vote for Jordan presenting the view that the NBA was tougher in his time than it is now.

“Not to take anything away from LeBron, but the game is so different now from when Jordan played. If Mike played in this day and age, with freedom of movement, he’d average 40 points a game.”

The other coach compared the two players with their individual stats and said:

“If we are going off the man as a whole, I’m taking LeBron. Basketball-wise he is not far off from Jordan — and the numbers he has put up a year in and year out are absurd. Where I think LeBron has separated himself from Jordan is with his stances on what he believes in. The school he just opened is awesome and will change lives. And what he has stood for, and stood against, throughout his career is what puts him on my Mount Rushmore of Athletes.”

Sorry to Kobe Bryant fans as he was not mentioned in the head-to-head bout.

Who do you think is the GOAT of Basketball?