Leandro Trossard is a professional football player representing Belgium and currently plays in the top English league Premier League. He plays in the left-winger position for Brighton and Hove Albion. He was signed by them in the 2019 season and has been with them since then. Before playing for the Wolves, he also played for Liverpool at the start of his career. He wears the Number 11 shirt for his current club.

Brighton's Number 11 has already represented Belgium internationally and made his debut for its senior team. In Euro 2020, he was included in Belgium's national team and played against Finland. He was named in Belgium's squad for the UEFA Nations League in 2021.

While at Genk, he won the Belgian First Division A in 2018-19 and the Belgian Cup in the 2012-13 season. The following season, he also won the Belgian Second Division with Westerlo. Highly influential in the left-wing position, he can also play secondarily in the attacking midfield position.

Leandro Trossard was born on December 4, 1994, in Maasmechelen, Belgium. According to astrologers, his birth sign is Scorpio. He wears the Number 11 jersey with the name Trossard on his back.

His father's name is Peter Trossard, while his mother is Linda Scheepers. His mom, Linda, used to own a small cafe in Lanklaar, while his father was an ordinary working person. L. Trossard is the eldest of his parent's children. He has a younger sister whose name is still not revealed. He grew up with his little sister playing football in his hometown. He has posted his picture with his sister on his Instagram.

For his studies, he attended Sint-Jan Berchmanscollege in Brussels, Belgium, but he is not sure to which level he completed his education.

Lenard was very talented since childhood and used to play at the local level and win various tournaments there. He was in the Bocoholt academy before until the age of 16. In 2010, he joined Genk's youth academy and displayed his capacity there. 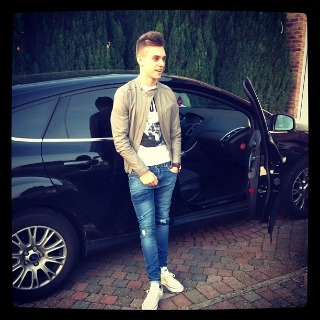 As a kid, he idolized Didier Drogba and his Belgium national players.

In no time, he got his promotion to their senior squad in 2012. Recently in Euro 2020, Trossard was also included in the 23 men's squad for the Euro 2020. Italy defeated them in the quarterfinals before reaching it by winning against Portugal by 1-0.

He has short black hair that is colored white in the front parts. He is from the Flanders Belgian ethnicity.

Leandro's net worth and luxuries

According to sources, Leandro Trossard's net worth is estimated to be $6 million approximately. His worth includes all his properties, assets, houses, and cars. The primary source of his income is from playing football for various clubs.

He must have earned -a pretty good amount by playing football.

Read also:- How Much Is Edimilson Fernandes Net Worth In 2021?

Being able to play in top leagues like EPL, he can drive his choice of car. But Leandro is fond of the black car of the same model and has been driving that brand's car for more than eight years. 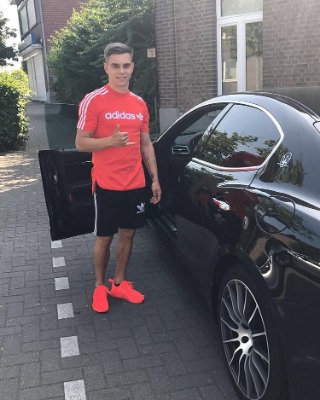 Even during his teenage years, he was seen posing with his car, and today also, he drives the same automobile.

Since then, his market value has been consistent and is likely to increase in the future.

Contract and Salary at Brighton

Belgium left winger is one of the top-paid players of Brighton. The highest-paid Brighton player is Adam Lallana, who earns around £4,700,000 per year. Similarly, Danny Welbeck makes 2.86 million pounds while Pascal Gross and Neal Maupay reach 2.6 million per year. 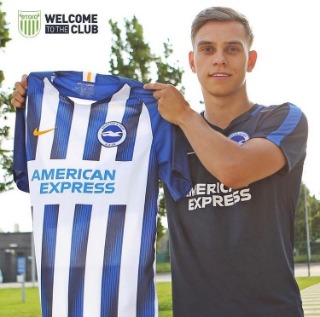 Brighton bought the Belgium winger from KRC Genk for 16 million pounds on July 1, 2019. He was with Genk since the start of his career in 2012 but was loaned out to different clubs.

Previously, Genk loaned him to OH Leuven at the fee of 500 thousand pounds. Before that, he was sent to Lommel United in 2014 and KVC Westerlo in 2013. Both included the loan transfer fee of 200 thousand pounds.

Genk's product, Leandro Trossado, is happily married to his loving wife, Laura Hilven. The couple has been married for more than four years.

The couple got married in 2019 in Opglabbeek, Belgium, in the presence of their close friends and relatives. Before, they dated for at least one year. The marriage took place before his move to Brighton. 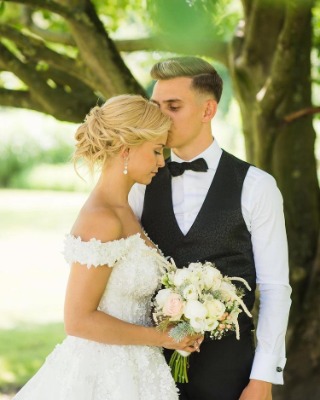 Leandro frequently shares his wife or partner's photos on his Instagram.

Who is Trossard's wife, Laura?

Laura is the cute wife of Leandro, who was born in 1996. She is also originally from Denmark. She is white in appearance and has white hair.

As per the source, Laura is two years older than her husband. She has been her husband's greatest supporter throughout his career.

Leandro and his wife Laura have a son named Thiago Trossard. Thiago was born in April of 2017; as of 2022, he is four years old. 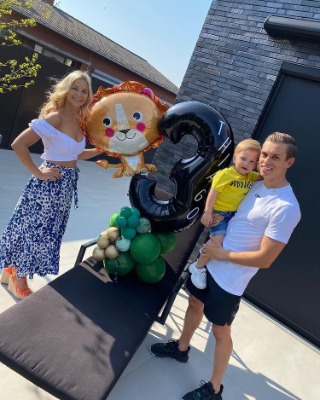 Leandro Trossard with his wife and son SOURCE: [email protected]

On his birth, Thiago posted a photo of him holding his son with the caption,

Leandro Trossard is an active social media user and is very much active on his Instagram.

His Insta username is @leandrotrossard, and he has more than 67,900 followers.