Leah Monroe is a British model, social media influencer, and an aspiring vlogger on YouTube who is widely recognized as the long-time girlfriend of English professional footballer, Tammy Abraham. Her long-time partner, Tammy is currently playing for the Premier League club Chelsea and the England national team.

Let's review the top facts about the gorgeous wags, Leah Monroe. Has she married Tammy Abraham?

London native, Leah Monroe was born on 17th March 1999, under the star sign Pisces. The twenty-one years old holds an English nationality and is of white ethnic background. Besides, Monroe has not revealed any information regarding her parents and any other family members.

A perfect model figure, Tammy Abraham has a decent height and weight. She has naturally black hair with a beautiful pair of blue eyes.

Internet sensation, Leah Monroe is dating English professional footballer, Tammy Abraham. The couple is in a relationship for more than four years and they are still going strong. 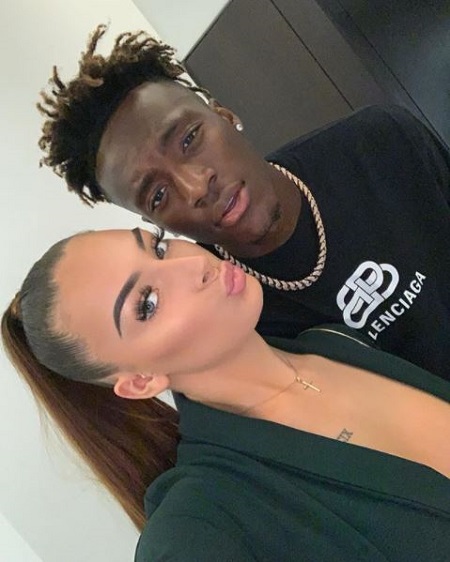 Scrolling through her socials, Monroe often shares adorable pictures with her boyfriend, Abraham. The beautiful wag is not shy to flaunt her love on social media. At the moment the couple is settled in Birmingham.

Monroe's boyfriend, Tammy Abraham is a footballer who was born on 2nd October 1997 in Camberwell, England.

He is currently signed to the Premier League side Chelsea and the England national team as a striker. Besides, he has also loan spelled with Bristol City, Swansea City, and Aston Villa. Formerly an England youth international, Abraham represented the nation from the under-18 level and featured at the 2017 UEFA European Under-21 Championship in Poland. He made his senior debut in November 2017.

The twenty-one years old vlogger has shared her secrets, including the time she underwent plastic surgery via her YouTube channel. 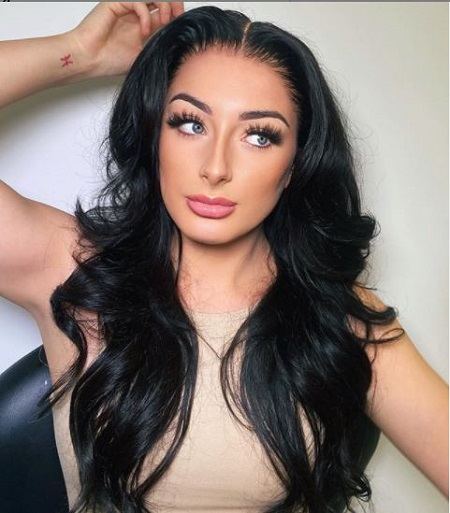 She recorded her lip filler experience at a Harley Street surgeon, telling it was the first time she went under and she was petrified. The surgery was a success, and Monroe also revealed how she managed to cover up the bruising she got.

Not to mention, the significant source of Monroe's income is from her socials account.  She makes a decent amount from her youtube and Instagram. Besides, she is often seen promoting various products on her IG. However, there is no exact information regarding her net worth and salary.

On the other hand, her boyfriend Tammy has an estimated net worth of $2 million as of 2020. Moreover, he inked a 5-year contract with Chelsea F.C., which features an annual average salary of £2,600,000 while his weekly wage is reported to be £50,000. According to the sources, Chelsea is intending to offer Tammy £100,000 weekly as his wage and extend his contract by 2 years.

Scrolling through their socials, Monroe and her bae has a luxurious lifestyle. From their dresses to gadgets to vacations: all are lush.