Layshia Clarendon is an American professional basketball player who is currently playing as a guard for Connecticut Sun of Women's National Basketball Association (WNBA). She has played several WNBA leagues for the teams like Indiana Fever, Atlanta Dream before playing for Connecticut Sun. In the 2013 WNBA Draft, she was drafted with the ninth pick by the Connecticut Sun.

Layshia Clarendon has a total estimated net worth of around $250,000 in 2019. Further, she is reportedly receiving an average salary of around $ 93,400 annually from Connecticut Sun.

Layshia Clarendon, who is openly a gay, got married to her college sweetheart girlfriend Jessica Dolan on 12 November 2017 in a lavish wedding ceremony organized in  Hotel Shattuck Plaza in Berkeley. According to the sources they went to Napa for their honeymoon.

The two met while Clarendon was a member of the Golden Bears and Dolan was working for the team. Clarendon helped take the Bears to its first Final Four appearance back in 2013. 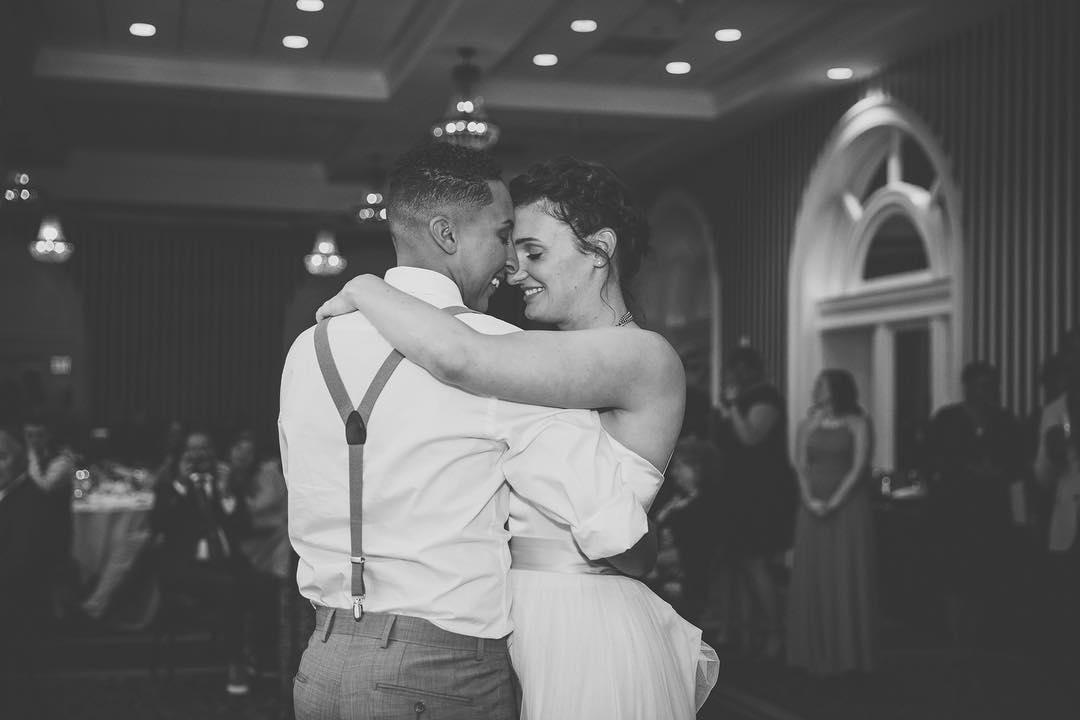 Layshia's spouse Jessica is a marketing consultant in the Olympics representing female athletes. Layshia and her partner are together since their college days. Besides, Clarendon is among the few players who directly talk about their lesbian sexuality.

It is found that many players hesitate in sharing their sexual orientation but Layshia doesn't seem so since she married publicly to her girlfriend and she thinks that sexuality doesn't matter players identity. Some of the lesbian players who publicly shared their sexuality are Sue Bird and Angel McCoughtry.

Currently, Layshia is living a happy married life with her wife and she also manages time for her family and friends despite the busy schedule.

How much are Layshia Clarendon Net Worth and Salary in 2019? Also, Know about her active contracts.

Layshia Clarendon is in her professional basketball career for a long time so she has made a decent amount which is approximated around $1 million. In addition to this, as exploring her official social sites, it is found that she is promoting Adidas brand from which it can be said that she is in an endorsement deal with Adidas.

Okay, so I took a few days break from social media after the season. It felt amazing but I also missed all of the interactions with my online community. The season didn’t end the way we wanted, obviously, but I learned a ton and am always grateful for the journey. And in ECSTATIC news we’ve spent the last few days trying to get settled in our recently purchased condo! The Bay Area has always felt like home for both of us so to be able to put roots down here is everything! Also so thankful to go through this life with this lovely lady. #HomeOwners #IsLifeReal #SoGrateful ??????

She might have some personal assets like a house and cars but she hasn't mentioned clearly about all this.

Layshia Renee Clarendon is famously known as Layshia Clarendon was born to the parents, Sharon and Curtis Clarendon on May 2, 1991, in San Bernardino, California, United States. Layshia is American by nationality and belongs to the White ethnic group. Further, her star sign is Taurus.

Layshia attended Cajon high school in San Bernardino, California. After high school, she continued her education and basketball career at the University of California, Berkeley in 2013. She played for the women's basketball team in the university.

Layshia Clarendon is a professional WNBA player who is playing since 2013. She was drafted 9th overall in the 2013 WNBA Draft by the Indiana Fever. She was traded from Indiana to Atlanta for 2017 2nd round pick on May 11th, 2016. And in July 2018, She was traded to the Connecticut Sun where she played alongside Jonquel Jones.

In addition to her WNBA career, she also played for the USA Women's U19 team where she represented the team in the 2009 U19 World's Championship where she scored  4.5 points per game and the team won the gold medal in the tournament.