In this article, you will find facts that need to know about Brian Boyle's spouse Lauren Bedford. Scroll Down!!

Lauren Bedford Is A Star All On Her Own

Before being known as Boyle's wife, Lauren is quite well known for her lingerie modeling, and for her being a model with the renowned clothing store "Macy's". Over fifteen years of experience, she is as mentioned previously highly publicized all on her own, as a famous model. 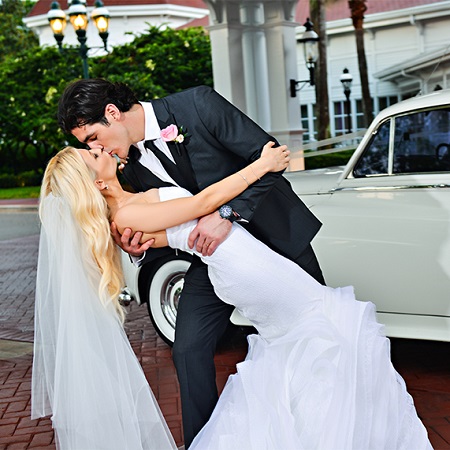 In August 2013, the ice hockey player finally got down on one knee. The following year in July, Briana and Luren exchanged the vows. during a week-long celebration at Disney World, one of the couple’s favorite places to visit.

On 19th May 2015, Lauren and her husband, Brian welcomed their first child, Declan Gabriel via C-section. A happy new father said, "I’ve never been so scared and happy at the same time. When we first heard (Declan), it was pretty emotional. When I first saw him, I was petrified, I guess (that) I was in charge of this human. It was just joy, holding him, being around him. When he sneezed, it was the cutest thing I’ve ever seen.”

later two years in May 2017, the Boyle family became three to four following the birth of a baby girl. However this time the family did not share any additional details except the Twitter post.

Hingham, Massachusetts native, Brian Boyle was born on 18th December 1984. He attended St. Sebastian's School in Needham, Massachusetts, before moving on to Boston College. In the 2003 NHL Draft, he was picked by the Los Angeles Kings in round 1 with the 26th overall pick. Subsequently, he played four seasons at Boston College prior to making his professional debut with the Kings' AHL affiliate, the Manchester Monarchs, in 2007.

On 2nd Feburary 2008, Boyle made his NHL debut with the Kings against the New Jersey Devils. Later he had a stint with New York Rangers, Tampa Bay Lightning, Toronto Maple Leafs, New Jersey Devils, Nashville Predators, and Florida Panthers.

On 19th September 2017, Boyle declared he had been diagnosed with chronic myelogenous leukemia. On 24th October 2018, he stated that his leukemia was in full molecular remission.

Originally signed by the Elite Model, Lauren has appeared in dozens of magazines, including several bridal magazines and lingerie. According to the source, the average professional model gross salary in the United States is $48,339 or an equivalent hourly rate of $23.

On the other hand, she shares a tremendous net worth of $10 million with her husband. The Boyle family is living a lavish lifestyle.