Latif Atta Blessing a.k.a. Latif Blessing is a Ghanaian football player for the Major League Side (MLS) side Los Angeles FC. He made his professional debut with the Ghana Premier League side, Liberty Professionals F.C. in 2014. Also, he played a season for Sporting Kansas City.

Accra, Ghana native, Latif Blessing was born on 30th December 1996, under the star sign Capricorn. Regarding his nationality, he is a Ghanaian but also has received a U.S. green card which qualifies him as a domestic player for MLS roster purpose. Ethnic wise he is Afro.

How Much Is Latif Blessing Net Worth?

Los Angeles FC shirt No. 7 midfielder, Latif Blessing has an annual salary of $110,416 from the team. Carlos Vela and Diego Rossi are the club's highest-paid athletes.

Managed by BHM Sports Agency, his current market value is reported €2.50. His highest market value to date is recorded €3.20 million in 2019.

Furthermore, Blessing is endorsed by Adidas. He is often seen promoting the brand on his Instagram. As of 2020, his net worth is approximately $0.2 million.

Latif Blessing is married to his long time girlfriend, Sakyiamah Dorcas Khloe. The couple tied the knot in the fall of 2019 in Koforidua with the invitation given to relatives and close friends- some footballers. Seems like Latif and his wife has a distance marriage for now. He often posts pictures of his wife on socials, how much he missed her. 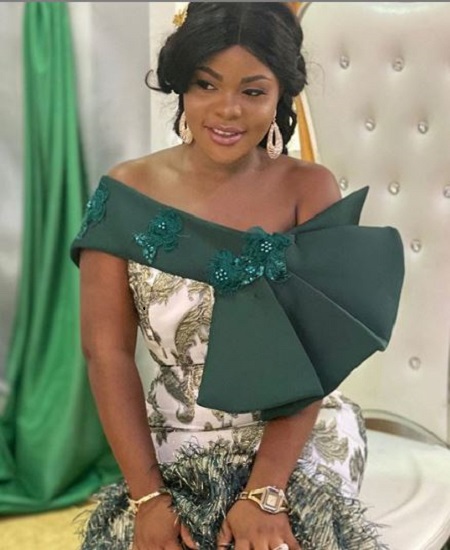 Earlier he was in the news some months ago for abandoning his child with an American lady, Heather Sheila.

Latif Blessing was born to Ghanaian parents. He was raised alongside his brother, Ibrahim Fuseini, also a footballer who plays for Lori FC in the Armenian Premier League. However, there is no information about his academic background.

The football midfielder is currently at the age of twenty-three. He stands 5 ft 5 in (165 cm) tall and weighs 47 kg.

In 2013, Blessing joined the youth system at Liberty Professional. The following year, he was called up to the senior team and received good reviews during his game against Asante Kotoko on 21st June 2015, where he also scored a goal in a 3-1 win. Overall, he played 21 games for the team and scored 17 goals. In January 2017, he was signed bu MLS side Sporting Kansas. On 13th May 2017, he scored his first MLS goal in a 2-2 draw in Orlando against Orlando City.

In December 2017, he was picked by the Los Angeles FC in the 2017 MLS Expansion Draft. He played his first game for the game as a starter in their season debut MLS match in a 1-0 win at Seattle Sounders.