Lando Norris is a Racing Driver who competes in the Formula One Racing for McLaren under the British flag.  He attended Millfield School in Street, Somerset where he was privately educated.

Norris was born on 13 November 1999 under the star sign Scorpio. He was born in Bristol, United Kingdom.

The 20-years-old is reportedly earning $260,000 annually from the Formula One Racing Circuit. George Russell also earns a similar salary. His first entry was in the 2019 Australian Grand Prix. He developed a love for the racing world when his father took him and his brother to watch a round of the Super 1 National Kart Championships at his local Kart track.

The McLaren racer won the CIK-FIA KF World Championship with Ricky Flynn Motorsports in 2014, making him the youngest Karting world championship winner. He signed with Formula One on February 2017 as a junior driver with McLaren. Through his amazing performance, he was selected to drive for McLaren at the 2019 Formula One World Championship, Partnering with Carlos Sainz Jr. Rusty Wallace was considered one of the greatest racing drivers of all time. 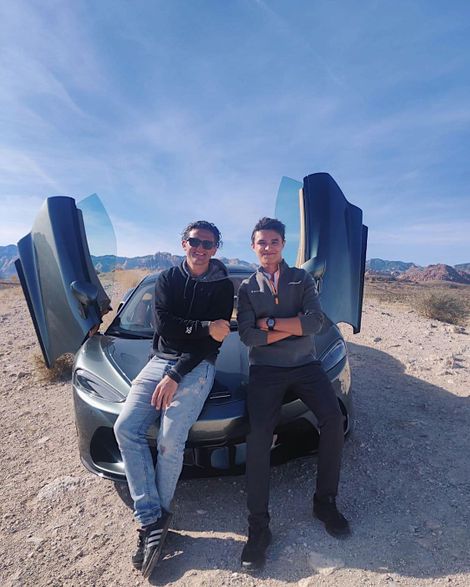 Like any other sports, the racing drivers also receive sponsorship and endorsement deals. His partners include ADD Management, Weargrip, Bell Helmet, and Pioneered Athlete Performance.

The young Norris is at the starting phase of his career and hasn't been able to accumulate much net worth. He has a net worth of $100000.

Lando Norris Girlfriend: Is he Dating Anyone?

The Toyota Racing Series Champion is currently single and hasn't dated anybody, unlike Pierre Gasly who is currently dating Caterina Masetti Zannini. According to the reports from GPfans, he has admitted that he prefers to stay home and play video games. However, as he is growing older his interest might have changed over time. 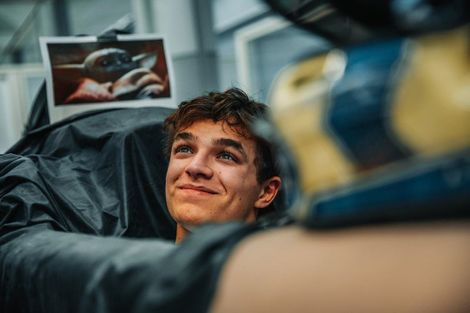 Although he is single, he is still enjoying his life traveling to a new place and meeting new friends and soon enough he will find someone that will certainly change his mind about games.

The 5' 5'' tall was born in one of the richest families in Bristol. He is the son of Adam Norris who was a Pension Manager before retiring from his post. His mother was from Belgium.

Adam was listed at the 501st richest in the country. After realizing their son's interest, the family moved to Glastonbury where he was day boarder and would also be able to pursue a racing career.

As we all know, Norris is a gamer who prefers staying indoors and enjoying video games than rather enjoying his celebrity lifestyle. In addition to playing, he also streams videos of him playing online. 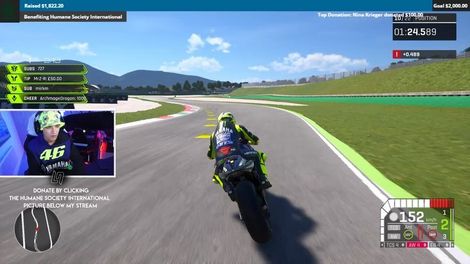 "Super fun stream tonight ?? even got taken out by @fabioquartararo20 ... cheers dude!"