The 2016 GP2 Series champion, Pierre Gasly currently races in Formula One for Scuderia Toro Rosso. The french man made his Formula One debut at the 2017 Malaysian Grand Prix. Further, he started with Red Bull Racing in 2019 but was replaced by Alexander Albon from Toro Rosso.

The twenty-three-year-old racer has an estimated net worth of $1.6 million. The Eurocup Formula Renault 2.0  winner is dating his girlfriend, Caterina Masetti Zannini.

Gasly has an estimated net worth of $1.6 million as of 2019. He has earned his wealth widely through his racing career as well as some from sponsorship and endorsement. The teenager won GP2 Series and Eurocup Formula Renault 2.0 titles and reportedly has pocketed a huge amount in prize money. 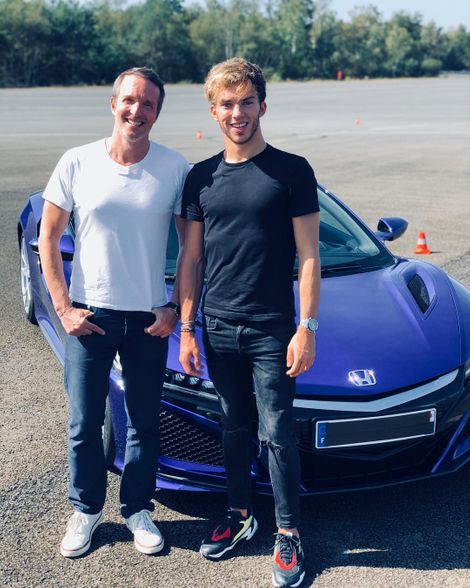 Additionally, he added a decent sum from the Japanese Super Formula and Formula E.

Besides, the F1 racer has endorsement deals with Red Bull, Crypto Gaming, and BLOMM & BERGER, an Audio brand from Switzerland.

The Formula 1 driver is quite fond of supercars. He owns Aston Martin DBS Superleggera worth $305,000. He often promotes Honda cars and reportedly owns Honda NSX gifted by te company. 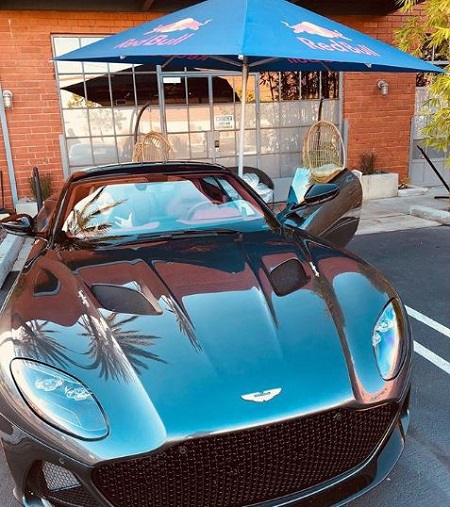 The French racer is currently dating his girlfriend Caterina Masetti Zannini. The couple has maintained their love life low key, but as per some source, they are in an affair since 2017. 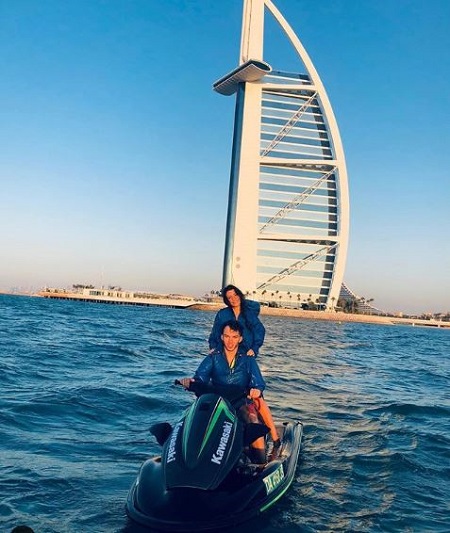 Pierre Gasly and his girlfriend at Dubai SOURCE: [email protected]

Gasly regularly posts pictures of his vacation with his lady among 563,000 Instagram followers. Analyzing their post on Instagram, they have visited world mesmerizing holiday destination such as Dubai and Los Angeles. 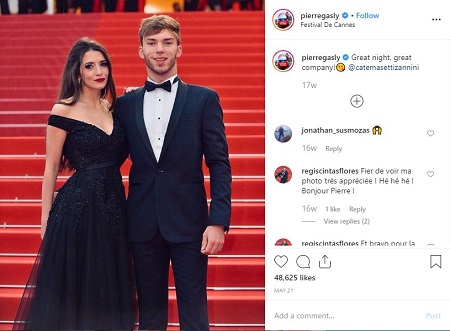 The duo even attended 72nd Festival de Cannes in May 2019. Gasly appeared in a blue suit, white shirt with bowtie while his lover wore a sleeveless black gown. 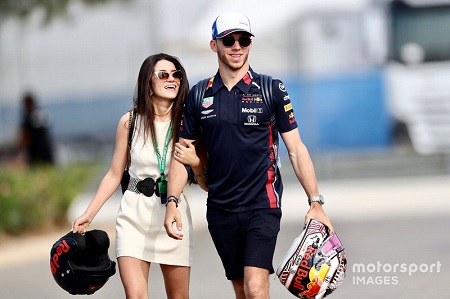 Caterina often wishes her man good luck for his upcoming races. However, she rarely attends his events.

Gasly was competing in F4, Formula Renault, and GP2 Series, prior to moving to F1 in 2015 as a reserve driver for Red Bull Racing. On 26th September 2017, he made his Formula One race début at the Malaysian Grand Prix, replacing Daniil Kvyat for a number of races.

He performed as Toro Rosso' full-time drivers for the 2018 season. Further, he qualified sixth but promoted to fifth after Lewis Hamilton's penalty at the Bahrain Grand Prix.

Gasly joined Red Bull for the 2019 season, partnering Max Verstappen after the departure of Daniel Ricciardo to Renault.

However, he was dropped back to junior team Toro Rosso after failing to be competitive swapping places with Alexander Albon following the 2019 Hungarian Grand Prix.

After the dropping of Gasly was announced, the team at Aston Martin Red Bull Racing said in a press release, “The team will use the next nine races to evaluate Alex’s performance in order to make an informed decision as to who will drive alongside Max in 2020.”

Further, Red Bull team principal Christian Horner said: "Pierre really needs to take some time out during the break, reflect, and take the lessons into the second part of the year. We desperately need him realizing more of the potential of the car."

Pierre Gasly was born on 7 February 1996 in Rouen, France. His star sign is Aquarius. As per nationality, he is French.

His grandfather, father, and his brothers are also drivers, so Pierre started driving too when he was only 6 years old. Since he was a kid, Pierre Gasly dreamt of becoming an F1 driver.

At his 10, he participated in a karting championship for the first time and ended that season (2006) at 15th position.