La La Anthony (originally, Alani Nicole Anthony Vázquez) is an American television personality, New York best-selling author, businesswoman, producer, and actress. She is also popular as the wife of NBA star Carmelo Anthony. Moreover, she is prominent for her role as an MTV VJ on Total Request Live. She is the former host of the VH1 reality television shows Flavor of Love, I Love New York, For the Love of Ray J, and Real Chance of Love, and was a dean on Charm School with Ricki Lake.

Anthony was born in Brooklyn, New York City on June 25, 1979. Her nesters are of Puerto Rican heritage. She attended Howard University and studied communications.

Anthony began her career in radio at WHTA-FM, HOT 97.5 in Georgia. After a short internship at that station, she was given Future Flavas. She then hosted another radio show, The B-Syde until 2001. This was followed by her introduction to MTV's Direct Effect and Total Request Live. Her time at the network, she interviewed Brad Pitt, Tom Cruise, Will Smith, and Angelina Jolie among others. 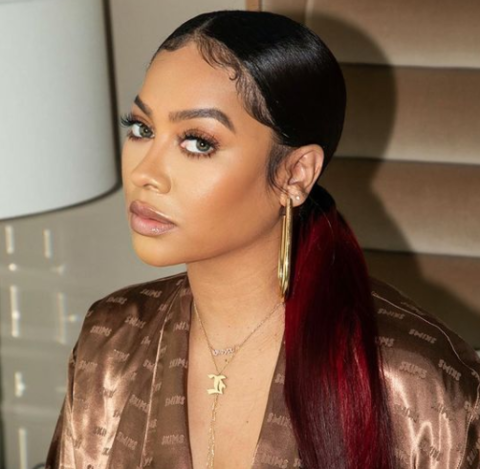 In 2011, Anthony was featured in Love and What I Wore. That year, she starred in La La's Full Court Wedding. In 2013, she created a clothing line, 5th, and Mercer. The next year, she released her book, The Love Playbook which would climb #1 on the New York Times Best Seller. She published her second book, The Power Playbook in May 2015. The following year, she co-produced the Broadway production of Danai Gurira's Eclipsed. On October 4, 2019, Anthony launched another clothing line La La Anthony Collection online.

Anthony's net worth as of May 2021 is approximately around $30 million. The New York-born writer has been working since her teenage years. Her career mostly includes her gig as a TV show presenter. While doing so, she has had the opportunity to work with some of the bankable networks. In many of those, she was considered a premier talent. 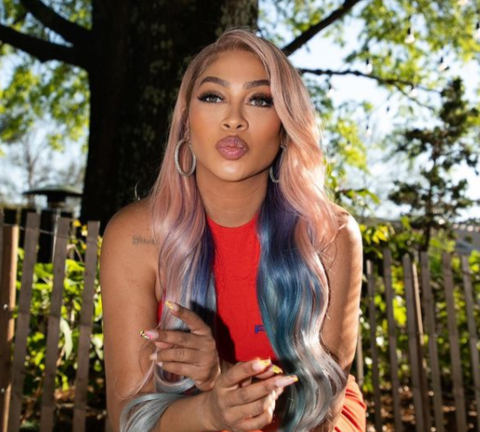 That said, it should be safe to say she must have cashed in some lucrative salaries while being in the TV world. She must also have had some monetary benefits from her production and ventures like Tyson (box office: $900k+), MOTIVES, 5th, and Mercer. Her honor, the New York Times bestseller, also deserves a mention.

Sources claim, authors commonly receive 10 percent of sales up to 5,000 copies, 12.5 percent of the next 5,000, and 15 percent after that. Given the royalties of a standard contract, a writer selling 20,000 books priced at $25 would make $65,625 the first week on the "New York Times" bestseller list. Anthony's earnings must have boosted to an impressive height in 2015 thanks to the aforesaid achievement. Taking her multiple streams of business into account, along with her TVs and movie career, it's anything but a vague assumption to say her net worth is estimated at tens of millions of dollars.

La La Anthony's Relationship. Who Is She Married To?

Anthony got engaged to Portland Trail Blazers' power forward, Carmelo Anthony in December of 2004. They had their first meeting in 2003. In 2005, with ESPN, the Blazers' no 00 said he made his proposal to the host via nine-carat ring (then worth, $200k) on Christmas day. 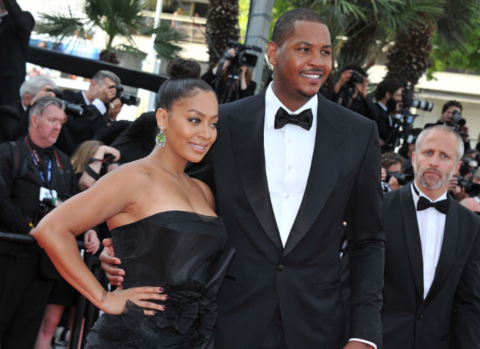 Six years after their engagement, La La and Carmelo tied the knot in July 2010. At the time they were already parents to their son, Kiyan born on March 7, 2007. Their wedding (at Ciprani) took place in the presence of star attendees like Kim Kardashian and LeBron James. Their marriage was filmed by VH1 and aired as part of a reality series on the couple, titled La La's Full Court Wedding.

In 2020, Nicole and Carmelo announced they were splitting up due to the strain their relationship was enduring because of the latter's numerous cheating rumors. Nicole was also alleged of having an affair with a rapper named Maino. Though, the former MTV host later denied the rumors. Reports, at times, suggested the couple were thinking of reconciliation, but looking at the recent Instagram activities of Nicole, the couple seems to be anything but together and strong.