Kyle Filipowski is an American basketball player who is committed to the Duke Blue Devils men's basketball team for his collegiate career. He finished his high school career at Wilbraham & Monson Academy and before played for Fordham Prep. Also, he is a consensus five-star recruit and one of the top players in the 2022 class. The 6 feet 11 inches tall basketballer is a slick ball handler and outstanding passer for a big and can shoot the ball.

Kyle Filipowski mainly plays as a power forward and center. He has been one of the fastest-rising recruits in the 2022 class over time. Also, Filipowski is currently ranked No. 40 overall by 247Sports. He attended Wilbraham & Monson Academy in Wilbraham, Massachusetts. Besides that, Filipowski also has a twin brother named Matthew, with whom he played basketball together at Wilbraham & Monson.

Born in 2003 as Kyle Jarred Filipowski, he lights his birthday candle on November 7 every year. He is also recognized by his nickname Flip. Besides, Filipowski's hometown is Westtown, New York. So, he holds an American nationality. As of early 2022, he peaks at an amazing height of 6 feet 11 inches.

Talking about his family background, Filipowski was raised by his loving parents, whose names are Rebecca (neé Hagerdon) (mother) and David Filipowski (father). Filipowski is not only the child of his parents as he grew up alongside his three siblings. He has two older brothers named Daniel and Taylor. In addition to that, his twin brother is Matthew.

Together with his twin brother, Filipowski played at Wilbraham & Monson. And Matthew committed to playing college basketball for Harvard. Not to mention, Filipowski comes from an athletic family background as most family members are engaged in sports. For your information, his mom played at Long Beach State. Not only that, but she was also a 1982 Parade Magazine All-American. 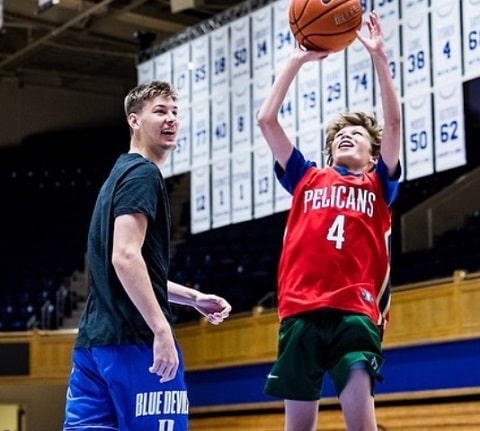 In the same way, his dad played at Slippery Rock. His aunt named Beverly Hagerdon, played at Dartmouth, while his uncle Randall Hagerdon played at Boston College.

Wiki: Take A Look At His Basketball Career 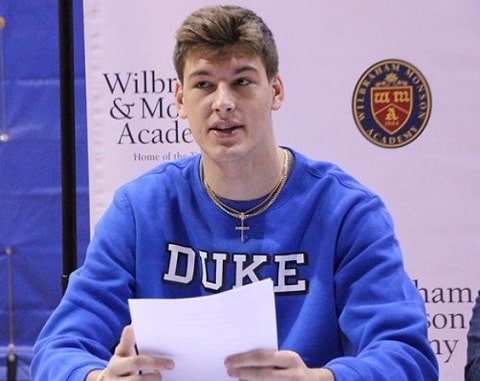 His amazing performances also helped him win some honors. In the year 2021, he was the Gatorade Massachusetts Player of the Year. Unfortunately, Filipowski was ineligible to play in the 2022 McDonald's All-American Boys Game due to being a 5th years player. As said earlier, he is a consensus five-star recruit who committed to playing college basketball at Duke University.

Contribution For The USA National Team

The college basketball player has also played for the USA team and has represented them in some events. He made headlines all over the internet when he earned the 2021 FIBA 3x3 U18 World Cup. Similarly, Filipowski was a member of the 2022 USA Nike Hoop Summit Team that beat the World Select Team 102-80 in the 23rd Nike Hoop Summit. During that time, he earned a team-high eight rebounds and chipped in three points and one assist. As we know, Filipowski also played in the 2021 USA Basketball 3x3 U18 World Cup. The USA team won all six of its games before the 10-minute clock expired. So, they received the gold medal with a 6-0 slate in Debrecen, Hungary. For your information, Filipowski completed as the USA's second-leading scorer with 36 points (6.0 ppg.).

You May Learn: Chris Carrawell

Short Details On His Salary & Net Worth

Being a basketball player, Filipowski may earn a good sum of money. However, the actual amount of his earnings remains under review as none of the verified sources, nor he himself has opened up about his salary. Filipowski is at the peak point of his career, and he is now committed to Duke and may earn something from his team.

According to a source, the average amount received by student-athletes in Division 1 schools was $561 through the end of February 2022. So, when Filipowski's professional career begins, then he will surely take home a huge sum of money.

A professional basketball player (NBA) in the United States of America earns around $3.8 million. And the average pay in the NBA for the 2021-2022 season is $7.3 million. Besides that, Filipowski has a strong presence on Instagram, and if he makes a sponsored post on the respective platform, then he has a chance to earn $129.75 - $216.25, as reported by the Influencer Marketing Hub.

Relationship: Does Kyle Filipowski Have A Girlfriend?

Talking about his love life, Filipowski seems to be in a relationship with his girlfriend. Back in March 2022, he made a post on Instagram with a lady named Caitlin Hutchison being cozy. So, it can be said that they might be dating each other. 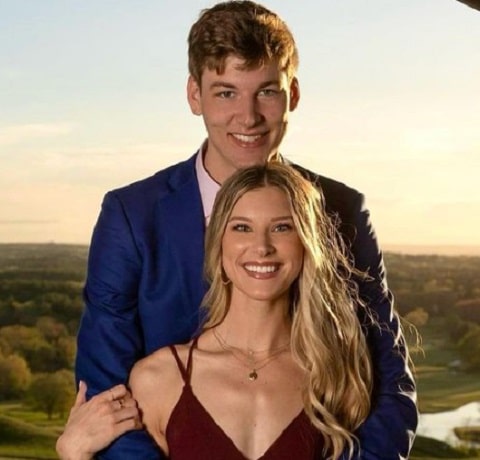 Hutchinson also has an Instagram account registered as @_caithutch. However, she has kept her account private. So, there are very few facts about their love life. It seems like both of them prefer keeping themselves away from the media.

Moreover, Filipowski may give some updates about his affair in the future. So, we can follow him on Instagram, where he is verified as @thekyleflip.

Some Interesting Facts About Filipowski