An American former professional basketball player, Chris Carrawell, currently serves as an assistant men's basketball coach under Jon Scheyer. He made his NBL debut with the Sydney Kings at 26 and scored 15 points in his first game. He played one season in the NBL. Furthermore, Carrawell averaged 13.1 points, 7.1 rebounds and 2.7 assists in 18 NBL games.

St. Louis, Missouri native Chris Carrawell's professional career began when the San Antonio Spurs drafted him in the second round, the 41st overall pick of the 2000 NBA draft. Furthermore, he retired after playing in the Netherlands in 2007, and after being away from his playing career, Carrawell spent four years at Duke in various administrative roles. 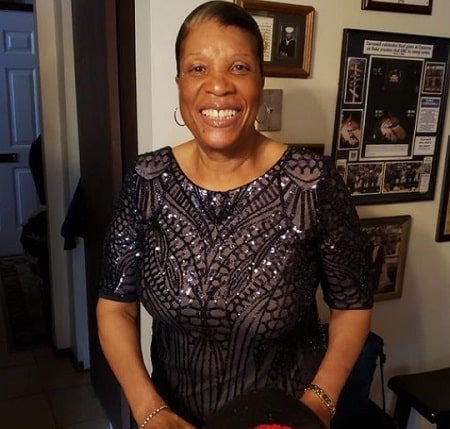 It is said that his mother raised him without his father. Some sources claim that he met his father as a Duke senior. Due to this reason, there is very less info about his father. Regarding his physical appearance, Carrawell weighs around 100 kg, and his height is 6 feet 6 inches (1.98 m).

The 44-years-old Carrawell attended Cardinal Ritter College Prep in St. Louis. During his four years at Cardinal, Carrawell led the squad to an overall 80–13 record, including a three-year undefeated spot at home. As a sophomore, he averaged 19.4 points, 10.1 rebounds, 5.4 assists, 5.5 steals and 2.8 blocks per game.

After finishing his high school career, he was recruited by Duke University's Mike Krzyzewski as the third most-prized piece of the class of 2000. Carrawell began 12 times out of the 31 games he appeared in during his freshman season. As a sophomore in the 1997 to 1998 season, he appeared mostly as a reserve with ten starts. During that time, he also faced some injuries.

As a junior, he contributed 9.9 points per game. He also helped his team reach the Final Four in the 1998–99 season. He averaged 16.9 points, 6.1 rebounds, 3.2 assists, 1.6 fouls, and 0.9 steals during his senior season. Chris had also received some honors and was 2000 ACC Player of the Year with the Associated Press. Also, he earned the First Team All-American honors.

Carrawell's professional career began when he got selected by the San Antonio Spurs in the second round of the 2000 NBA draft. Carrawell also played overseas after graduating from Duke. Apart from that, the 6 feet 6 inches former player played a year in Italy before coming to the US to play in the inaugural season of the D League with the Asheville Altitude. 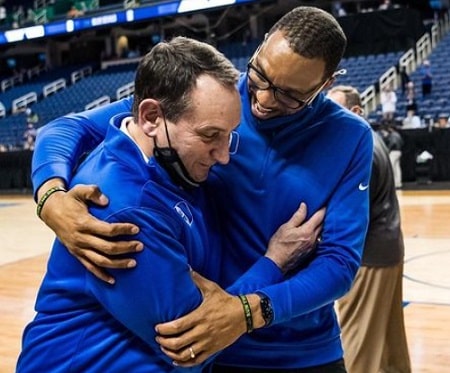 Likewise, he played for various teams, including Kaunas, Germany, Australia for the Sydney Kings, the Philippines for the Alaska Aces, and many more. He also played at the American Basketball Association, and during that time, he won the 2006 MVP Award. Some other titles received by Carrawell earned ABA Championship (2006) and the 2006 ABA Championship MVP award. In 2007, he retired after playing in the Netherlands.

Take A Look At His Coaching Career

After retiring from his playing career, Carrawell began working in other teams, and he spent four years at Duke in multiple administrative positions. In the 2007-2008 season, he was hired as the Duke Athletics Outreach Coordinator. From 2008 to 2010, he worked as a graduate assistant and head team manager.

And in the 2010-11 season, Carrawell served as an assistant video coordinator and assistant strength and conditioning coach. Not only that, but he also worked as a special assistant to the Duke women's team in 2011. Later, the New Jersey Nets hired him to be an assistant coach to Bob MacKinnon Jr.

His work also came in the team of Marquette. After serving there for four years, he accepted the role of assistant coach at his alma mater.

Coming into his married life, Carrawell is leading a happy life with his beloved wife, Keisha Royster-Carrawell. They have been in a relationship for a long time, but their marriage date is unknown. Meanwhile, the pair have already started their own family. The pair are blessed with two kids; both sons named Caleb and Christian. Furthermore, the happy family of four lives happily in Mebane. Carrawell is an active user of Instagram, and we can follow him under the username @chriscarrawell.

So, from his IG account, Carrawell shares various images with his family. Not only that, we can get updated with his professional life as he regularly makes posts.

Carrawell's Salary and Net Worth In 2022

Currently, Carrawell serves as an assistant head coach at Duke Men's Basketball. So, he must be receiving a fair salary from his current team. For your information, the average salary of an assistant basketball coach ranges from $47,850 to $81,748. And the same role also has the potential to earn $59,028.

Considering this fact, we can speculate that his net worth in 2022 is around $1 million to $5 million. No doubt his income will rise in the future as Carrawell is still active in this field. The majority of his income comes from his career as a basketball coach. He may earn something from sponsorship and endorsement deals besides his professional career. At the time of this writing, Carrawell has collected around 5k followers, and the Influencer Marketing Hub reports his estimated earnings from a single post to be around $58.5 - $97.5.