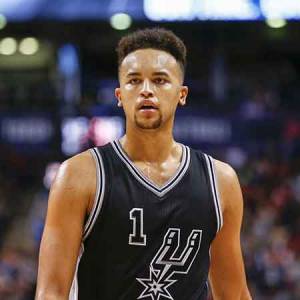 Kyle Anderson is an American professional basketball player who plays for the Memphis Grizzlies as their Small Forward in the National Basketball Association (NBA). He has also played for other teams like San Antonio Spurs and Austin Spurs in past.

As a Small forward, the NBA star reportedly earns around $8,641,000 as his yearly salary from Memphis Grizzlies. Further, Kyle Anderson has an estimated net worth of about $8 million. He is currently dating his girlfriend Crystal Marie Oquendo.

Kyle Anderson's Net Worth and Salary

His salary is little more than Garrett Temple. Players like Mike Conley, Marc Gasol, and Chandler Parson are most paid in the team.

love this .. the valleys, the peaks, and everything that comes wit it. cherishing it while I’m here.

Neither single nor married, Kyle Anderson is currently in a relationship with Crystal Marie Oquendo since high school.

His girlfriend Crystal is graduated in progress and major business management from the University of New Jersey. She previously worked as a dental assistant in 2011 at Dr. Herbst’s Office in North Bergen, in Jersey. 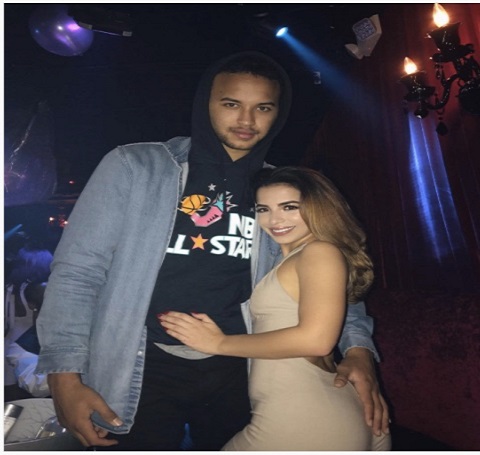 Other than being a famous NBA basketball player, Kyle Anderson equally gained fame in social media and has numerous follower of 142K on Instagram.

Kyle Anderson was born on September 20, 1993, in New York City, New York to father Kyle Anderson Sr. and mother Suzanne Anderson. As per his nationality, he is American and belongs to the African-American ethnic group. Further, his star sign is Virgo.

Kyle Anderson's father, Kyle Anderson Sr. was a longtime high school coach in New Jersey. Moreover his grandfather, Clifton Anderson played Football professionally for two years in the National Football League (NFL) with the Chicago Cardinals in 1952 and the New York Giants in 1953.

Anderson grew up along with his siblings, Tai Wilkins, Brittany Anderson, Dueane Guilliod, and Jamar Wilkins.

After high school graduation, Kyle Anderson enrolled at University of California, Los Angeles and played for the UCLA team.

In the first round of 2014 NBA draft, Anderson was Selected with the 30th Overall pick by the San Antonio Spurs. He signed the Spurs on July 12, 2014, for the Las Vegas Summer League. 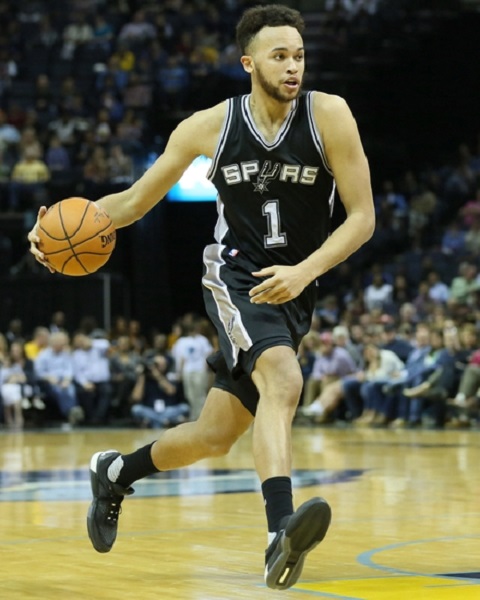 CAPTION: Kyle Anderson during the game of Spurs SOURCE: www.foxsports.com

Anderson also had a multiple Assignment with the Austin Spurs of the NBA Development League during his rookie season and named the D-League Performer of the week on February 9. However, he became a restricted free agent after the 2017-2018 season.

After the Spurs declined to match the offer sheet, Anderson signed a four-year contract worth $37.2 million with Memphis Grizzlies. As a small forward of the team, he wears jersey no. 1 and plays alongside team's star players like Jevon Carter, Dillon Brooks etc.

Facts and stats of Kyle Anderson

Anderson is not only a world-class athlete but also has a very attractive individual. The Famous NBA star is 6 ft 9 in / 2.06 m in height and weighs around 230 lbs /104 kg.