Kristin Cavallari is an American actress, television personality, as well as fashion designer. She got celebrity recognition since 2004, starring as a cast member on the popular MTV reality television series, Laguna Beach: The Real Orange County (2004–2006). What's more, she starred in her own reality series, Very Cavallari (2018–2020). Apart from her profession, she is also popular as a wife and subsequently ex-wife of former American footballer, Jay Cutler.

Denver, Colorado native, Kristin Cavallari was born on 5th January 1987, under the star sign Capricorn. She is the daughter of Judith Eifrig and Dennis Cavallari, who later divorced, Cavallari moving with her mother from Colorado to Chicago. After her junior year of high school, she moved back with her father and brother in  Laguna Beach, California, where he graduated in 2005.

How Much Is Kristin Cavallari's Net Worth In 2021?

As of 2021, Kristin Cavallari has an estimated net worth of $30 million. Her significant source of income is considered reality television, acting, fashion designing, writing, social media, and other ventures.

In 2017, Cavallari came with her new jewelry brand Uncommon James in Nashville, Tenessee. As per 2019 reports, the company was making $20 million in revenue and had 90 employees.

Further, she has a children's clothing line, Little James.

Additionally, she is 3X New York Times best-selling author: "True Roots," "Balancing in Heels: My Journey to Health, Happiness, and Making it all Work," and "True Comfort: More Than 100 Cozy Recipes Free of Gluten and Refined Sugar: A Gluten-Free Cookbook." 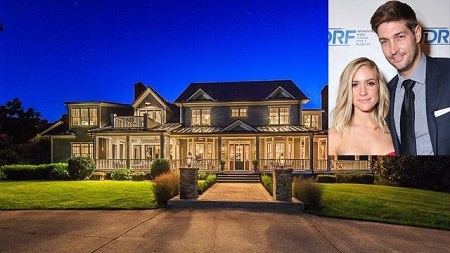 In June 2018, Cavallari and her now-then husband, Cutler listed their mansion in Nashville, Tennessee for sale, hanging a price tag of $7.9 million. The mansion is featured in numerous scenes of Very Cavallari. The duo bought the real estate in Nashville for $4.2 million in April 2018.

Furthermore, she might have received a tremendous worth as divorce settlement, but there are no reports regarding it. However, the source claims she received half of her ex-husband's, Jay Cutler's net worth of $60 million. Cutler, a retired NFL player made $122,196,087 alone in salary through his 12 seasons.

Jay Cutler approacher first but at the time, Kristin was busy with her reality show. A year later, the duo crossed their path: she met Jay in Chicago and the thing was instant.  In 2010, they started dating long and by April 2011, he proposed to him.

Kristin Tole, "I flew back to Chicago at least every two weeks. When we were apart, we texted constantly, and he wrote me the sweetest love emails. Jay told me he loved me weeks into our relationship and told me he wanted to marry me after only two months."

The pair called off their engagement after 10 months together. However, they reconciled in November of the same year. Just a few months after, the couple announced that they were expecting their first child together. Their son, Camden Jack Cutler was born on 8th August 2012. 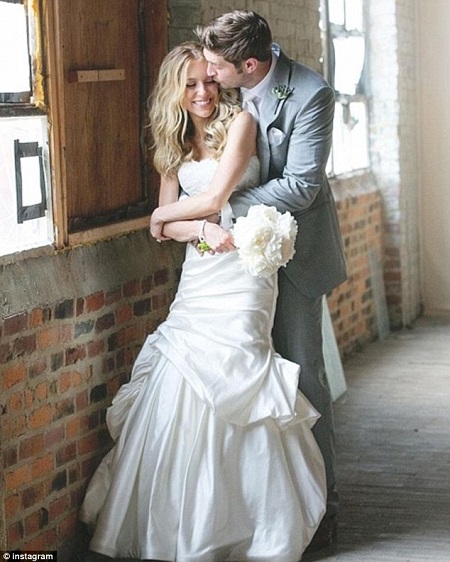 The following summer, Cavallari and Cutler exchanged the vows in Nashville, Tennessee, with son Camden serving as a ring bearer.

On 7th May 2014, the family welcomed a new member, Jaxon Wyatt in the family followed by daughter Saylor James (born November 23, 2015). 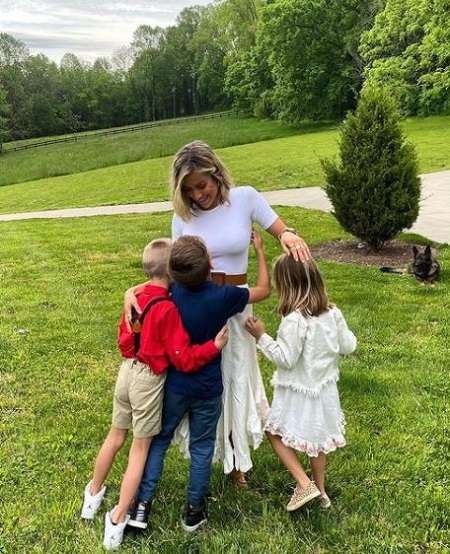 On April 26, 2020, Cavallari announced their separation. Though divorced she and Jay are still on good terms. On mother's day, Jay gave her IG shoutout, "Some kids have all the luck. Happy Mother’s Day" posting an adorable family photo.

Then, she went on to date an American stand-up comedian and actor, Jeff Dye.  They reportedly ended their relationship after 5 months of dating.

Scrolling through her Instagram, she often shares pictures with her best friend, Justin Anderson. There is no one her socials other than her best friend whom she has called her "Gusband." Must say the duo shares a very strong bond.

Who Is Kristin Cavallari's Ex-Husband?

Kristin's ex-husband Jay Christopher Cutler is a retired American football quarterback who spent 20 seasons in the National Football League (NFL). He is the son of Sandy Cutler and Jack Cutler.

The 100 greatest Bears of All-Time was born on 29th April 1983 in Santa Claus, Indiana. He finished his collegiate career playing for Vanderbilt and was drafted by the Denver Broncos in the first round of the 2006 NFL Draft.

He played for Denver Broncos (2006–2008), as well as Chicago Bears (2009–2016), and announced his retirement to become a sportscaster for NFL on Fox's television broadcasts. However, he returned to play a season for Miami Dolphins (2017) and ultimately retired.

Kristin Cavallari was in her junior year of high school when she began starring in the first season of Laguna Beach: The Real Orange County. Her on-and-off affair with senior Stephen Colletti caused a rivalry with another cast member, Lauren Conrad. The love triangle the central plotline of the series.

Later, she joined Laguna Beach's spin-off series, The Hills. was on the 13th season of ABC's Dancing with the Stars.
She has also appeared in various movies and series such as Veronica Mars, Fingerprints, cane, Wild Cherry, The Middle, and The League.

From 2018-2020, she starred on her own reality show, Very Cavallari, which followed  Cavallari's life in Nashville, Tennessee, with her ex-husband Jay Cutler, as she launches the flagship store for her jewelry line, Uncommon James.