Kristen Posey is a WAG, married to high school sweetheart, Buster Posey, a former baseball catcher who played for the San Francisco Giants of Major League Baseball (MLB), she got celebrity recognization as the wife of Buster. They tied the knot in 2009 after dating four years. It’s a common tale in pro baseball to marry a high school sweetheart at a young age.

From High School Sweethearts To Happily Ever After

Kristen Posey and Buster Posey met while attending Lee County High School. As per the television interview for NBC, the duo met while they took the SAT's. She was in her senior year while he was in his junior and at the time, they were just 17 / 18 when they starting hanging together.

Buster asked Kristen to go to the senior prom and she accepted. After that, the pair continued to be each other's forever date. 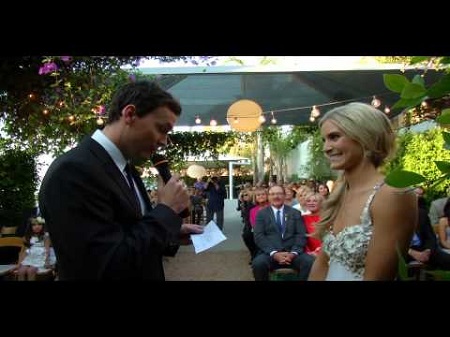 On 10th January 2009, Kristen and Buster tied the knot in their hometown, Georgia. The wedding was simple yet elegant. The bride wore a sleeveless upper-body floral gown while the groom wore a black suit, white shirt with a blue tie.

Kristen and her husband are blessed with twins. In January 2011, they welcomed their children: Lee Dempsey Posey and Addison Lynn Posey. The twins were born two minutes apart. 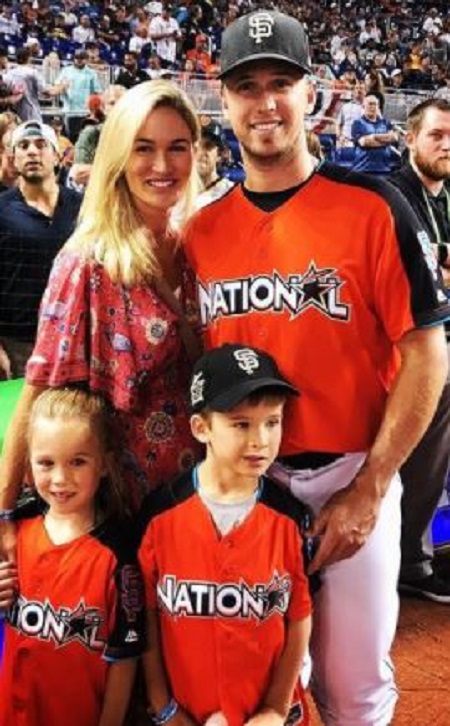 The twins, now aged nine, features on their parent's IG post and the story. Besides, Kristen and their twins are often seen during Buster's games. Further, the Posey family welcomed two new members in their family in 2020. They adopted twin girls Ada and Livvi.

Her husband, Buster (March 27, 1987, in Leesburg, Georgia), is a professional former baseball catcher. He finished his high school career at Lee County High School and collegiate career at Florida State Seminoles. In the 2008 MLB draft, the San Francisco Giants picked him with 5th overall pick.

On 11th September 2009, he made his debut for the San Francisco Giants. And during these periods, he was won various awards 6× All-Star, 3× World Series champion, 2016 NL Rookie of the Year, 2016 Gold Glove Award, and 4× Silver Slugger Award.

Hails from Leesburg, Kristen is a full-time housewife. Besides, she is a fundraising program. Together with her husband, they founded The Buster and Kristen Posey Fund. The organization provides grants to research hospitals and charitable organizations that support children diagnosed with pediatric cancer in an effort to enrich their lives.