Konstantin Rausch is a well-known Russian-German professional football player. He is currently playing in the German football league, Bundesliga, for FC Nurnberg since 2021. Rausch turned professional in 2008 and has represented both Germany and Russia in international games. Konstantin plays as a left-back and midfielder for his club and country.

Konstantin Rausch was born Konstantin Viktorovich Rausch on March 15, 1990, in Kozhevnikovo, Tomsk Oblast.  His family emigrated to Germany from Russia in 1996. Rausch is a dual citizen of Russia and Germany. Much about his early life and parent is under the radar. Talking about his physical appearance, Konstantin stands five feet and eleven inches tall and weighs 80 kg.

Konstantin Rausch has an estimated net worth of more than $2 Million. He credits most of his net worth to his successful football career. Rausch has been playing at the professional level for more than thirteen years. The average salary of a player currently playing in the BUndesliga is more than $2 Million. Konstantin has successfully kept his economic career out of reach of the media. 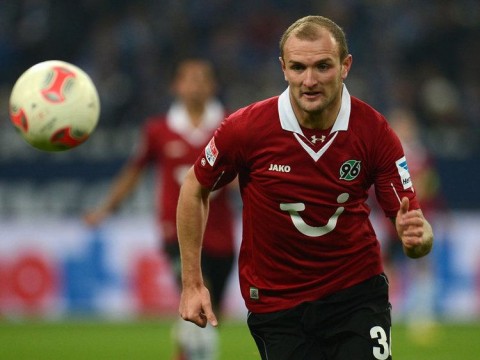 Konstantin plays in the Bundesliga with Nurnberg SOURCE: Alchetron

A football player makes a handsome amount from their sponsorship and advertising deals. Also, Rausch must be earning a good amount from his nation for representing them in the international matches.

Who is Konstantin Rausch Dating? Know About His Relationship Status and Girlfriend

Konstantin is very private about his love life. The Russian football player has successfully kept his love life out of reach of public. Rausch could be single, dating or even married to his wife. There is no rumor of him dating anyone in the public. Konstantin is an active social media user and keeps sharing his photos. His timeline is filled with photos of games and friends.

Konstantin started training football with a local football club in his hometown, TuS Lachendorf. The player represented the club in numerous divisions and then moved to SV Nienhagen in 2002. In 2004, Bundesliga club, Hannover 96 II offered him a contract and signed his first major deal. Rausch had received offers from Werder Bremen and Feyenoord but rejected them.

In 2013, Konstantin moved to VfB Stuttgart and signed a three year contract until 2016. After spending three seasons with the club, He moved to FC Koln and played there for the next two seasons. In 2018, The player moved to Dyanmo Moscow in Russian Premier Legaue and signed two years contract. Rausch made forty-eight appearance for the club and then moved to FC Nurnberg in 2021 season.